LORD DERBY ELAND HUNTING IN CAMEROON
The Lord Derby Eland is considered one of the greatest trophies in Africa, and also a dream hunt for lots of hunters. The Giant Eland is the biggest of all the Elands found in Africa, holding thick and spiralled horns growing up. The mature bulls hold also a black mane around their big necks. The body size may be some thinner than the Cape Eland, so it may be also some lighter. However, the Giant Eland has much longer legs, making him some taller than any other Eland. Along the body, the Lord Derby has also very characteristics white stripes over a pale beige coat.
The Lord Derby Eland inhabits the Savannah region situated between the Sahara desert and the equatorial western African rainforest. However, Cameroon is nowadays the only country where professional operations are run because of safety and large wildlife.
The hunting season starts in December and goes up to May, once the rain season has started. Thus, most of the operations finish in April when the heat is also extreme. The whole hunting season is good for this hunt, being preferable early season due to the lower temperatures.

THE HUNT
The Lord Derby Eland hunting is one of the most challenging adventures in Africa, and a true lifetime hunt for lots of hunters.
The hunt is based on tracking, walking and stalking. From the early morning, we will be looking for fresh tracks from the vehicle. Once found and detected a good male in the herd, they are followed as fast as possible as the Lord Derby is used to walk all day long, only stopping at late evening, which is prime time. Nevertheless, it is very important to not warn them, as they will take off and it will ve very hard to see them again. Hunting can be specially tough due to the high temperatures found at mid day and the long walks in the savannah during the pursuit (10-15 miles). If you are considering going on this hunt, it is highly recommendable to have a good physical condition.

THE CONCESSION
We hunt in two hunting concessions bordering the Bénoué River on its Eastern side, covering a total surface over 250.000 hectares (+600.000 acres). Thanks to their location next to the Bénoué and other rivers that flow across our blocks, all the game is well provided of water, so the animals stay in our area for all year round. On top of that, we put a low hunting pressure and a good anti-poaching management. All together explains our 100% of success on our Lord Derby hunts over the years.
Hunting in Cameroon is a real adventure since you will be experiencing the deep Africa, where the white man is still an attraction, where the trackers are able to follow the tracks for thousands of miles, where the wildlife is everywhere but not numerous, so the hunt is difficult and demands the best of you, and where you will be able to see and touch how hunting helps developing the local communities. Every day will be a great memory to keep.

From late December to mid April.

Flat terrain but lot of walking. Good shape is required. 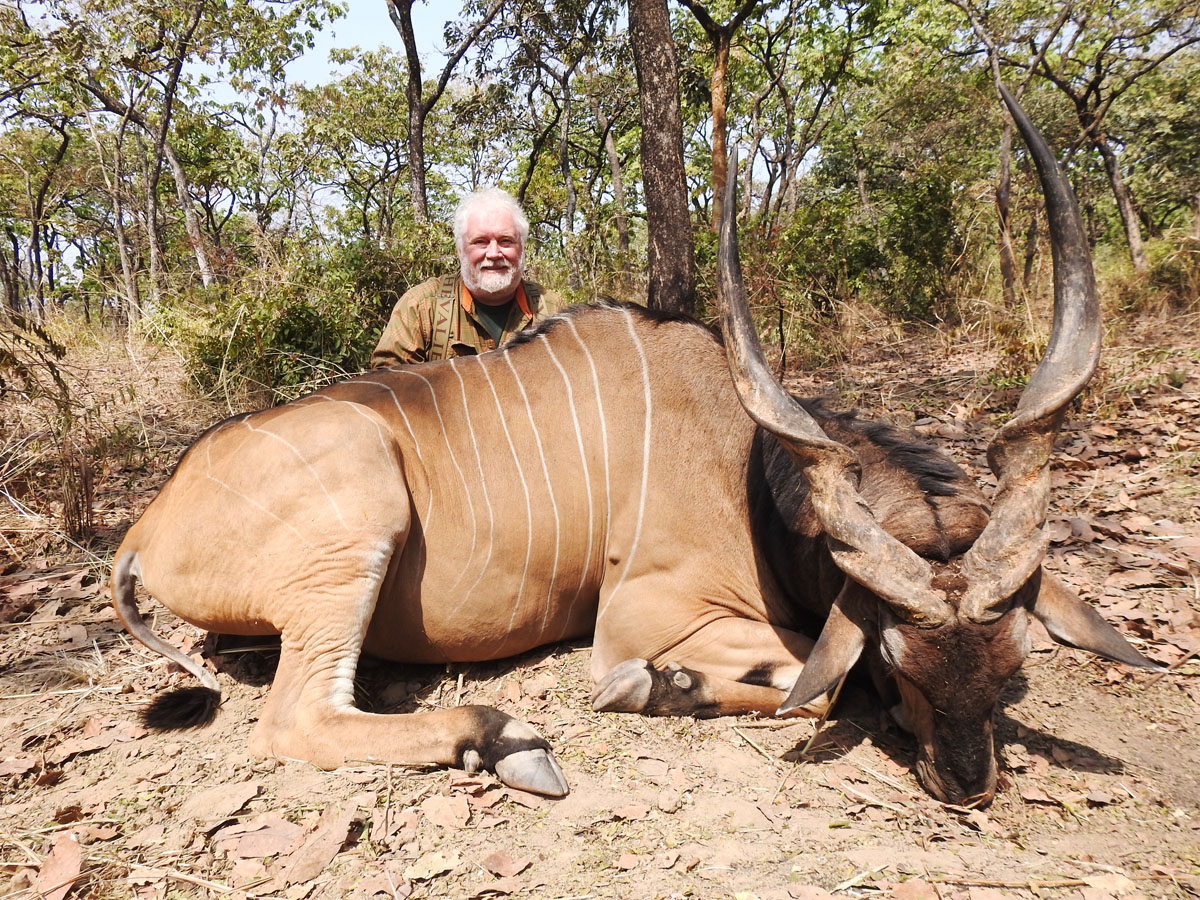 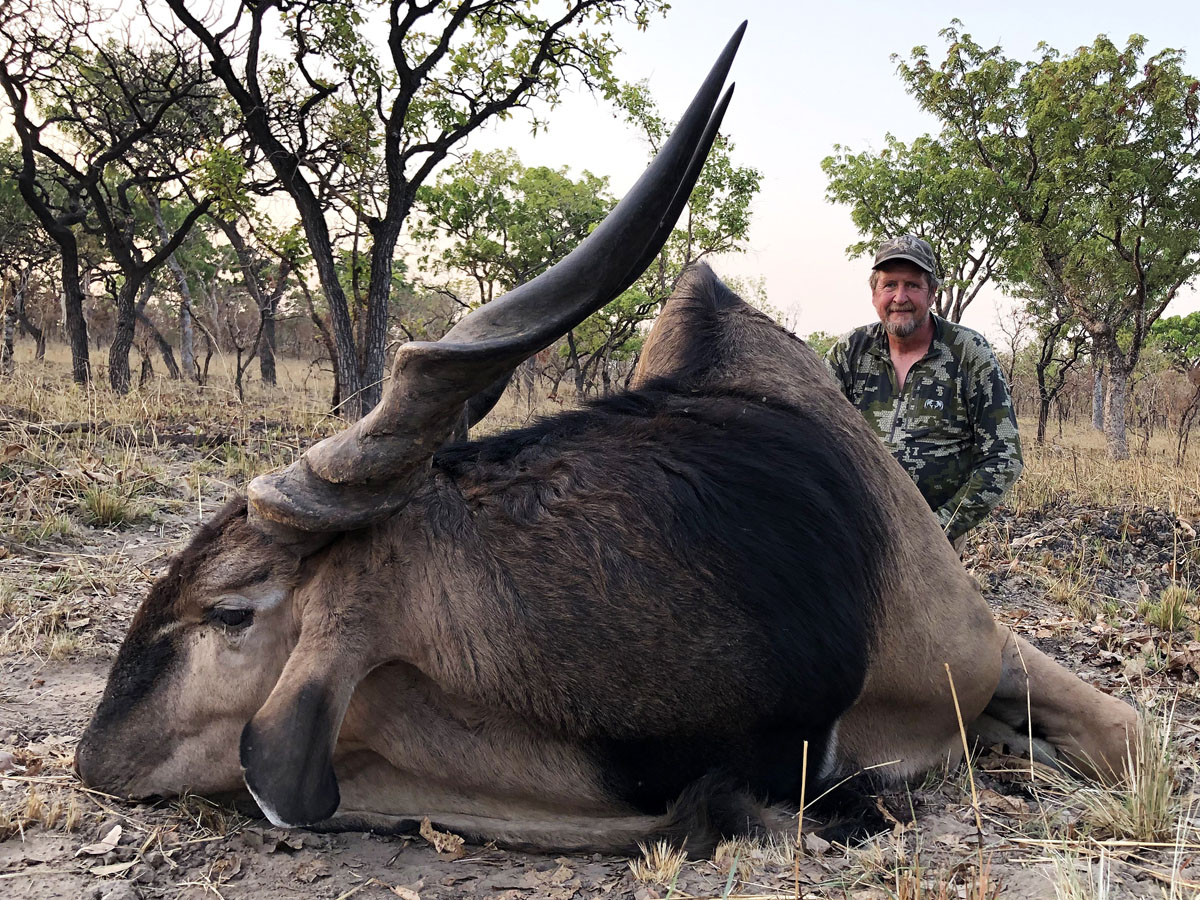 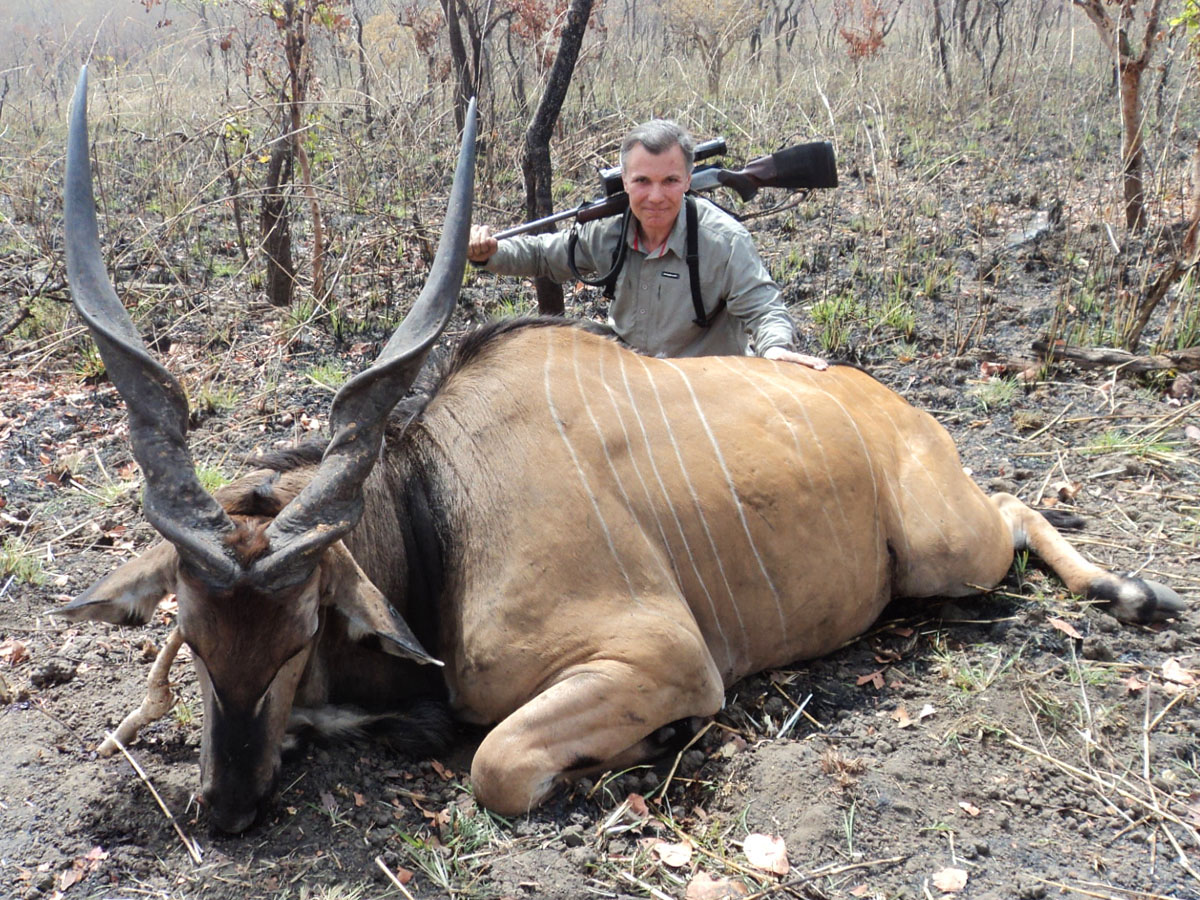 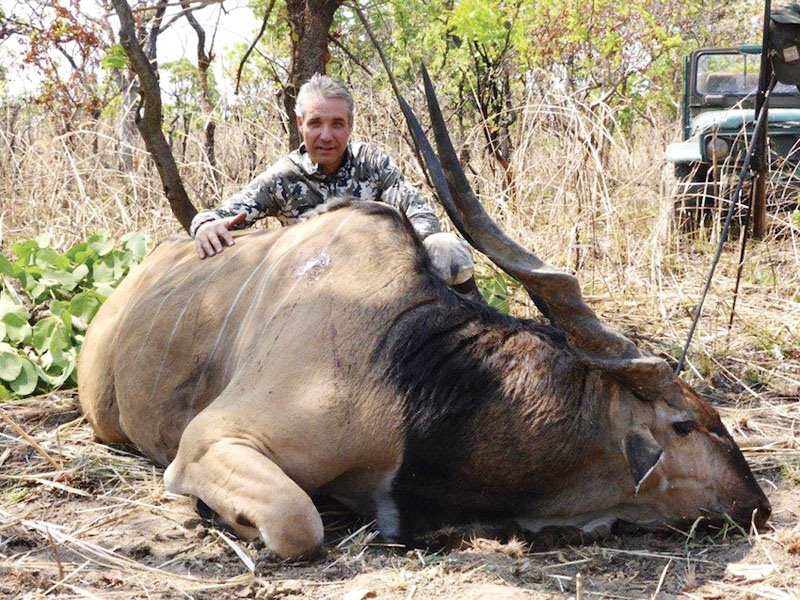 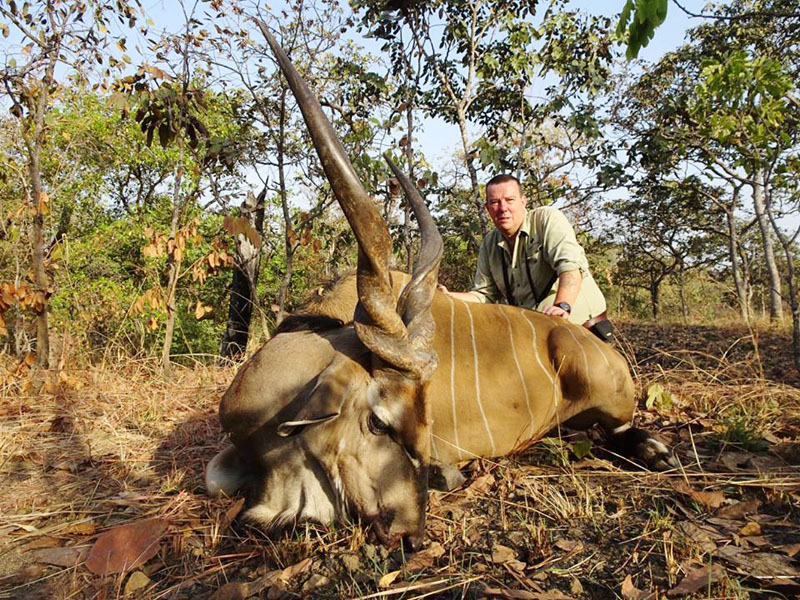 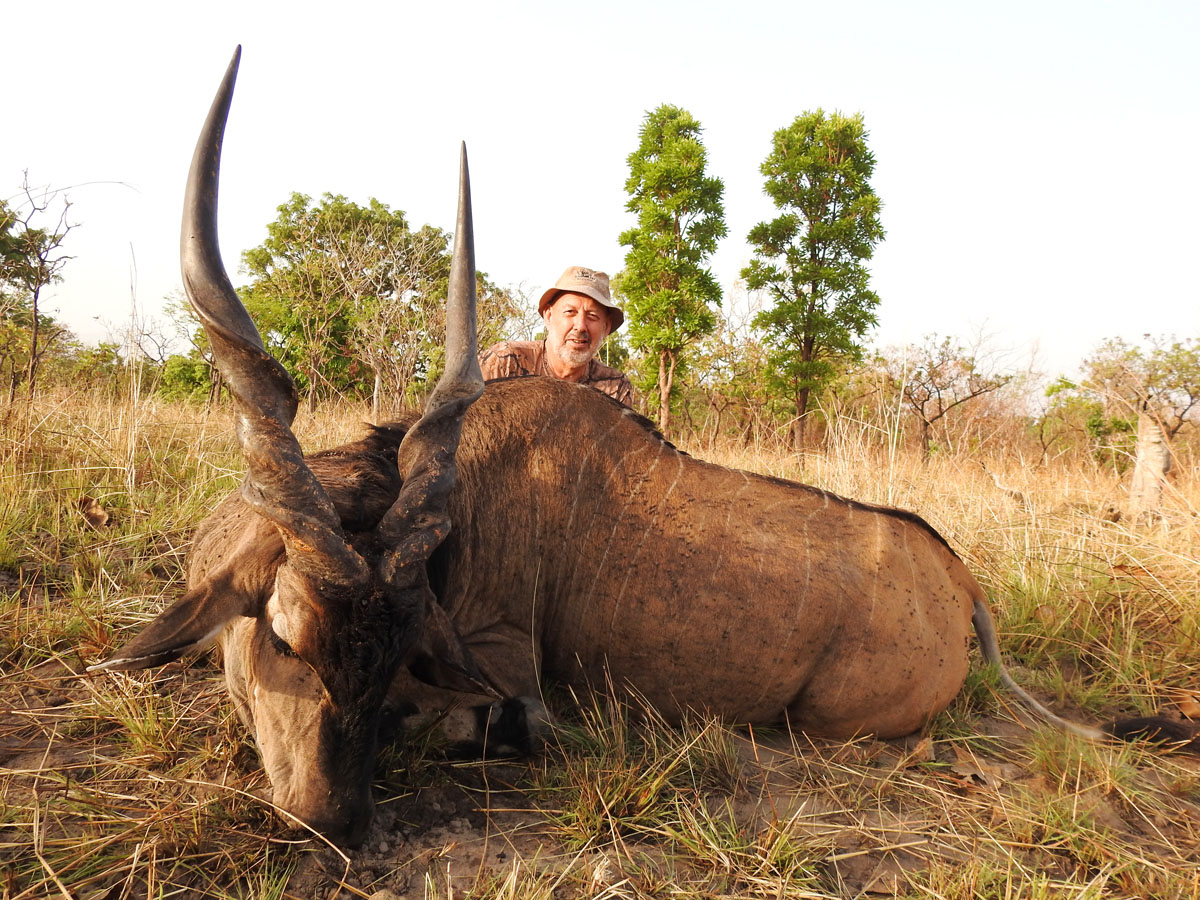 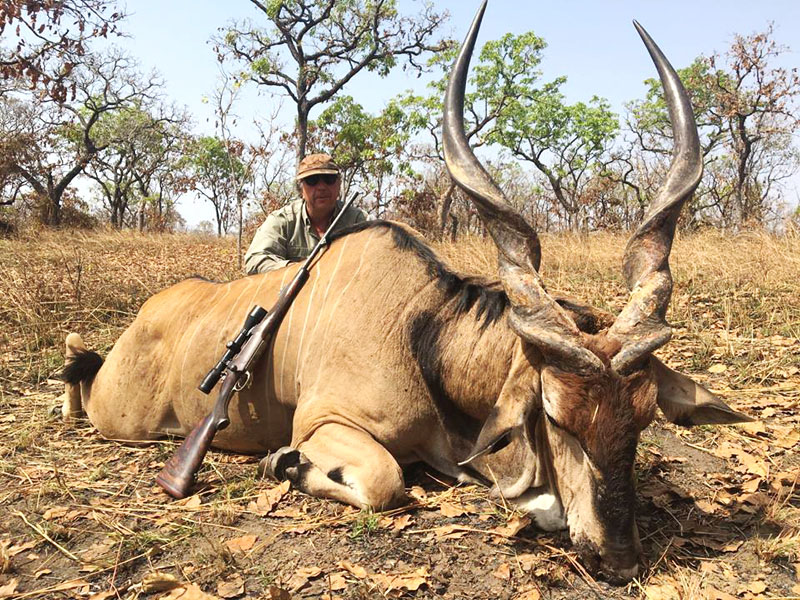 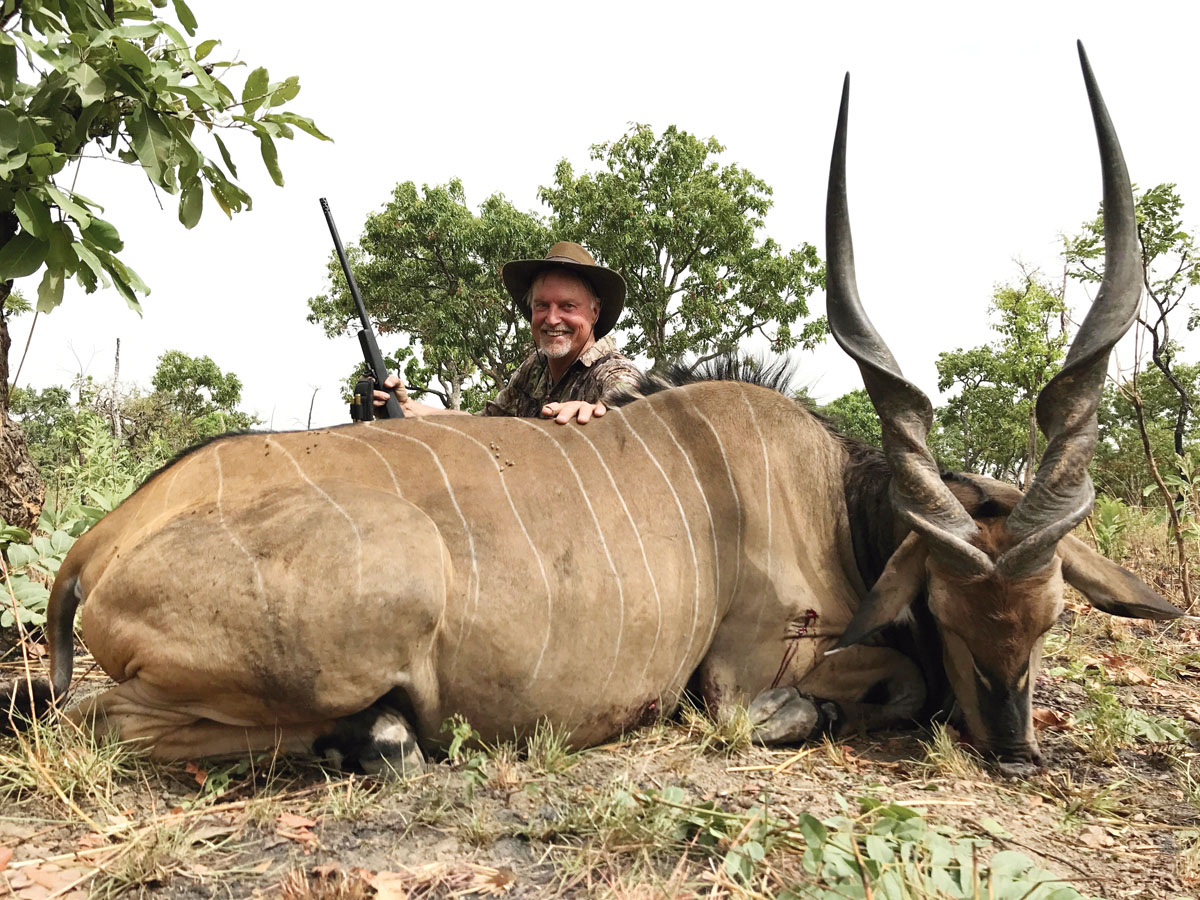 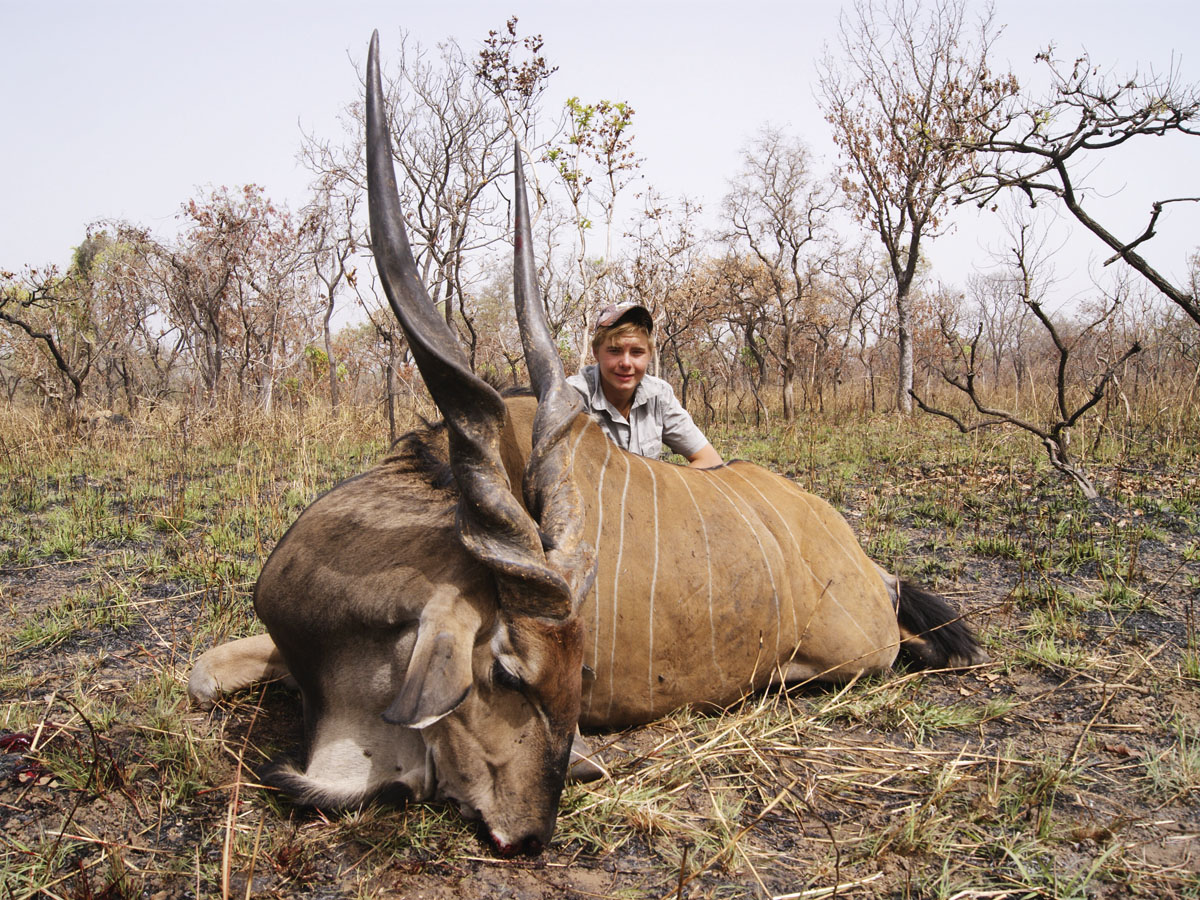 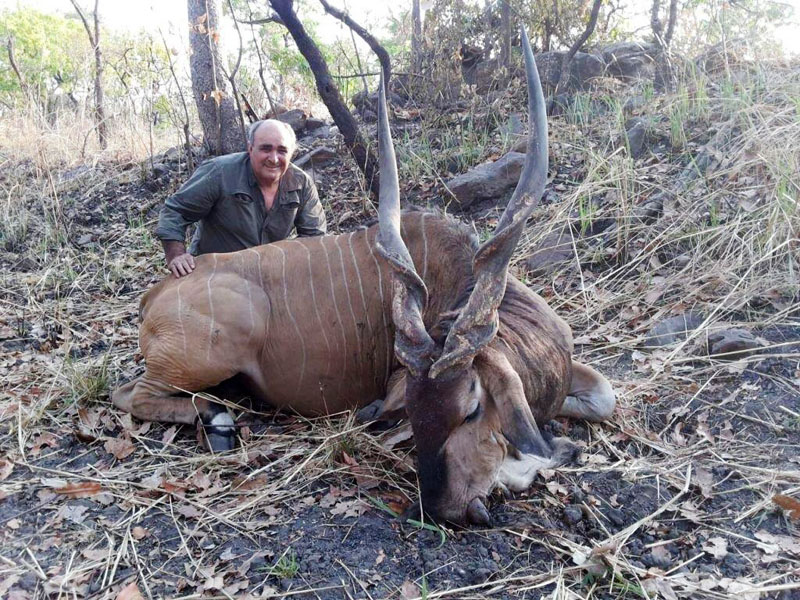 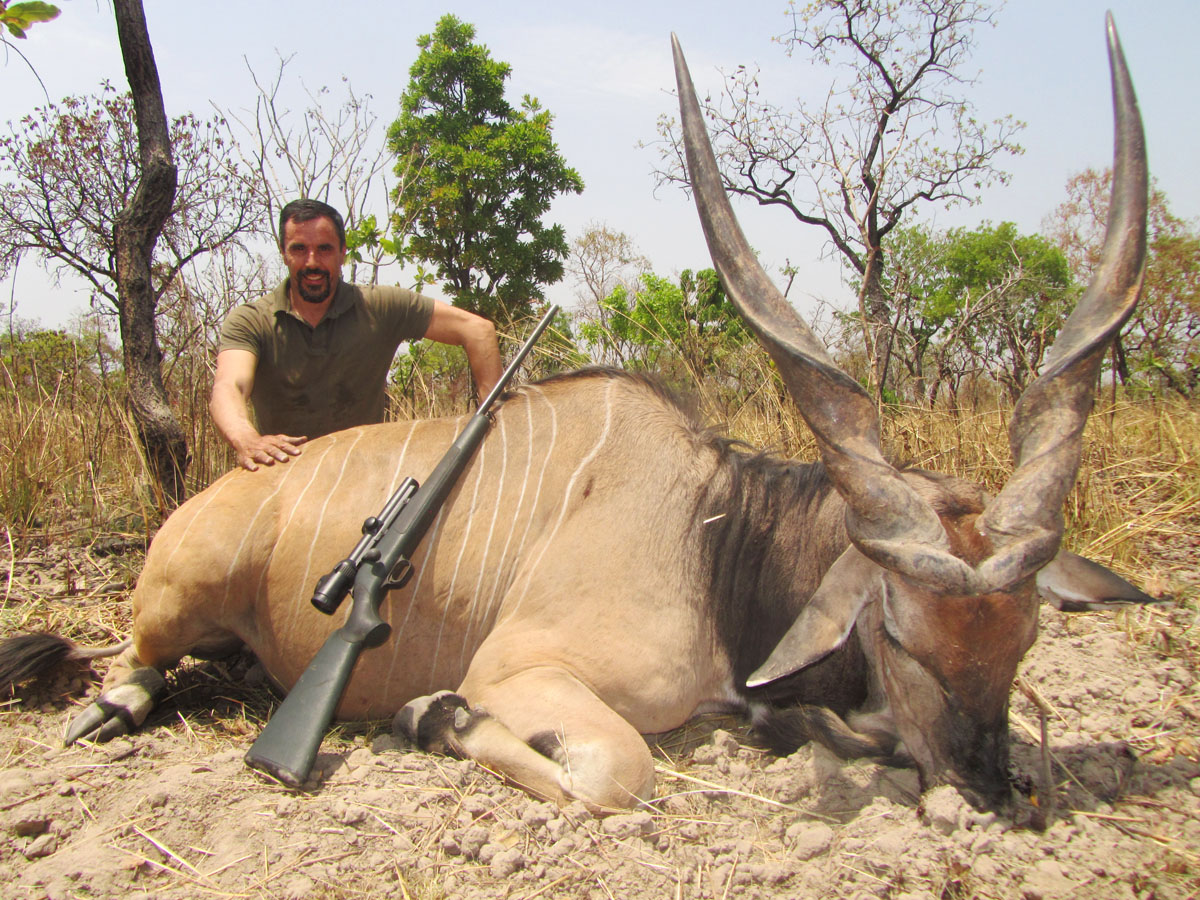 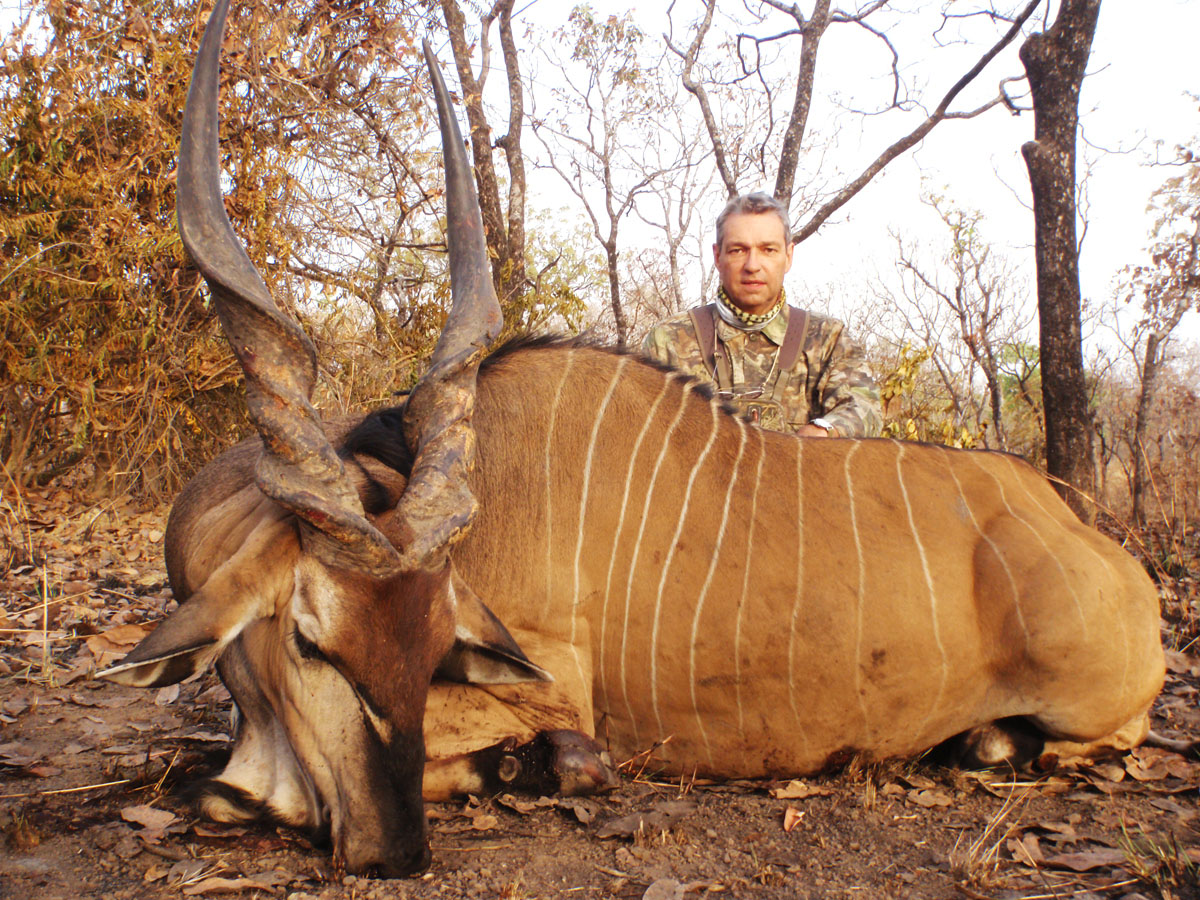