CANTABRIAN CHAMOIS
In Spain, the Chamois inhabits the two Northern mountain ranges: the Pyrenees and the Cantabrian mountains. However, they represent two different species since the Cantabrian one is genetically considered as a subspecies from the main one. In this way, thousands of years of isolation in these mountains and a different environment made here a different Chamois with different characteristics.
The Cantabrian Chamois body is smaller than any other in the world (around 30 kg or 65 lb.) and its horns are also thinner and shorter. Due to the abundant grass all over the mountains, it is easy to find them grazing in open fields. However, they are used to share their territories with free roaming cows, so until the shepherds collect them, they tend to inhabit the highest points. Later in season, when the snow falls, they come to lower altitudes.

THE HUNT
The Cantabrian Chamois is considered the smallest Chamois in the world according to its low weight and small horns. Despite of this fact, this hunt shouldn't be disregarded or you could lose the chance to participate in an absolutely top class mountain hunt. In this corner of the Spanish geography, not only the landscape is beautiful, but the trophy and the hunt are gorgeous. The Chamois is a very spooky animal with extraordinary sight and hearing senses, so getting to a clear shooting position is never easy. That summed to their fabulous agility makes necessary to be skilled on fast and long shots if you want to succeed.

THE HUNTING AREA
The Cantabrian Chamois hunt takes place in one of the most beautiful mountains in Spain: the Picos de Europa. Due to its enormous variety of wildlife, it was named National Park in 1918 and today it is one of the most visited ones in our country.
Our hunting area is located on the Southern face. It is situated only 5 minutes away from our proposed hotel, so as soon as we leave the village behind, we will be immersed in a mountain paradise that goes up to 2.500 m. (8.000 ft.). The area is very well managed and counts on a very large Chamois population. Thus, considering the abrupt topography and the numerous hides, the Chamois can be found almost everywhere.

From May to mid July and September to mid November. 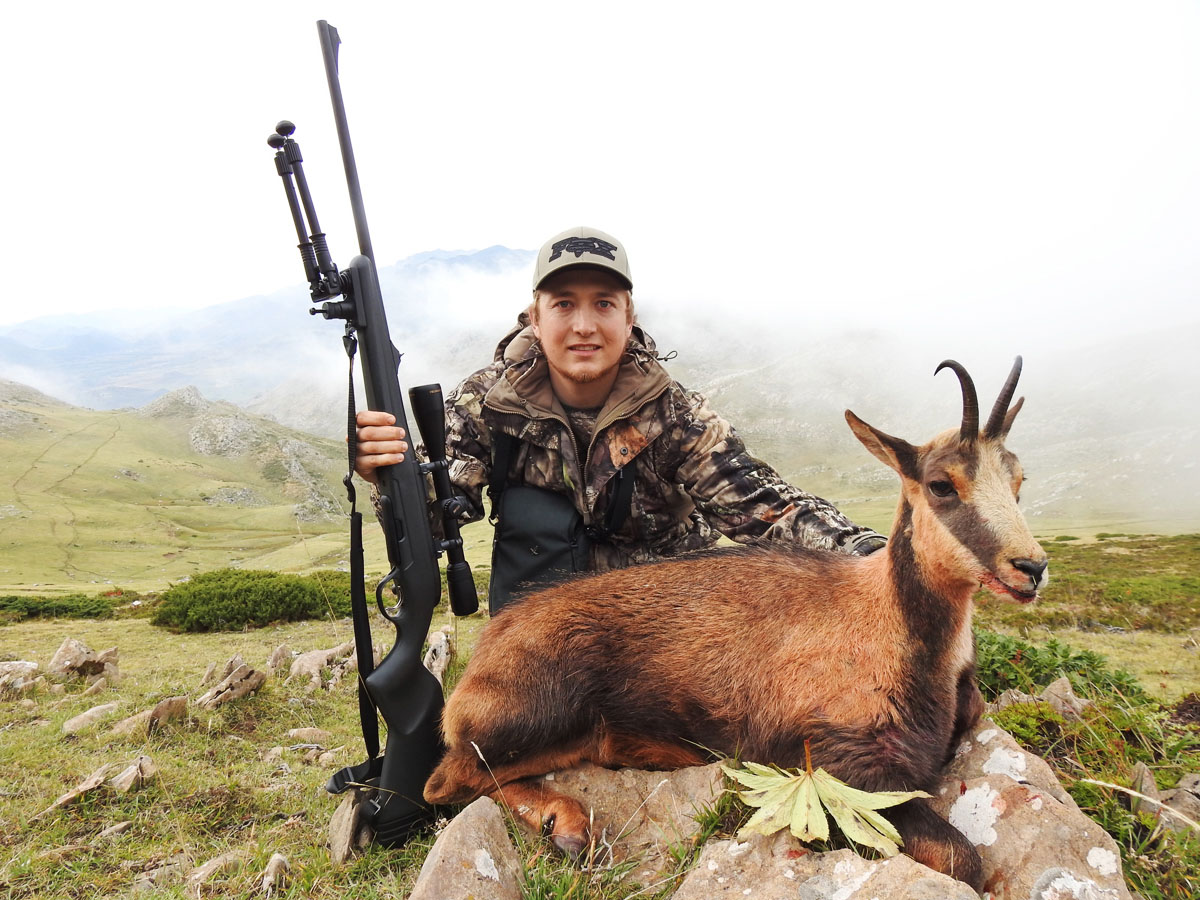 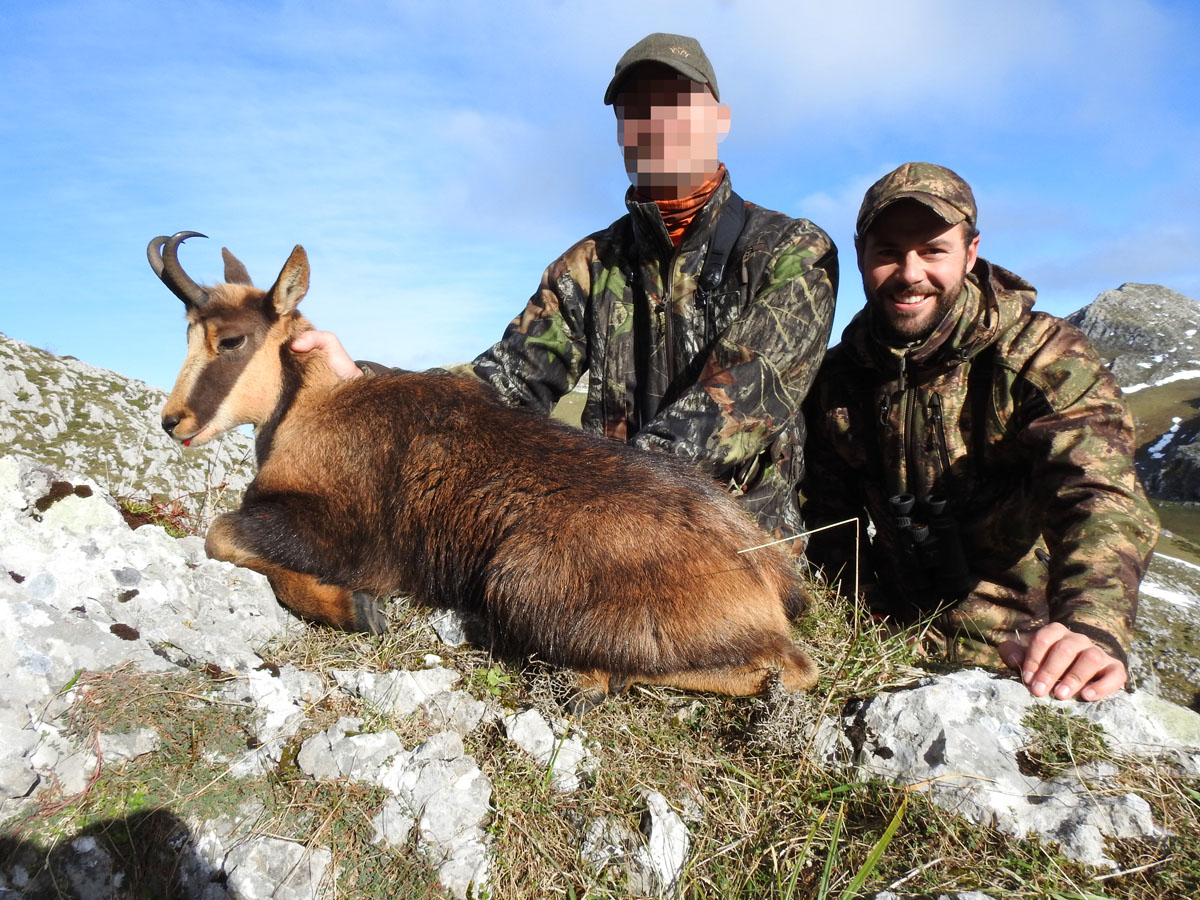 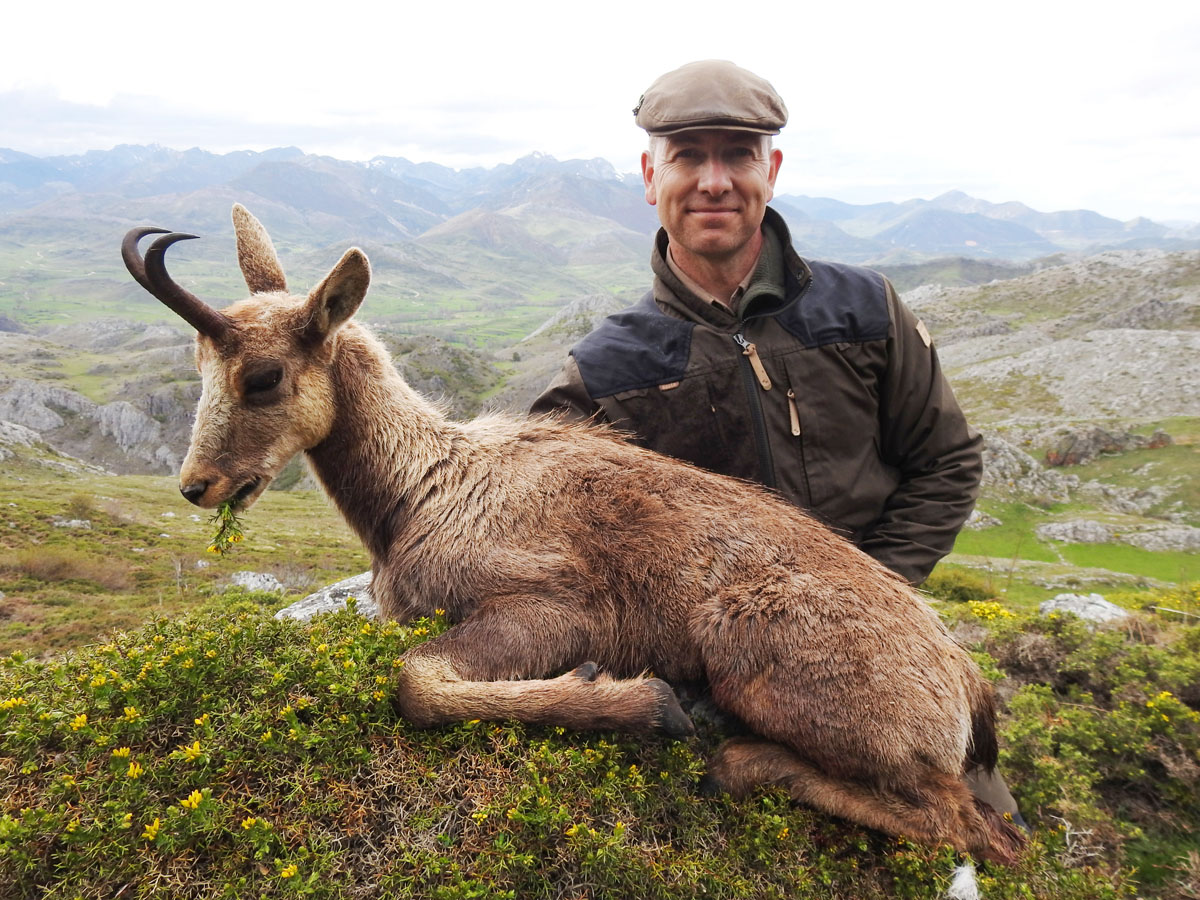 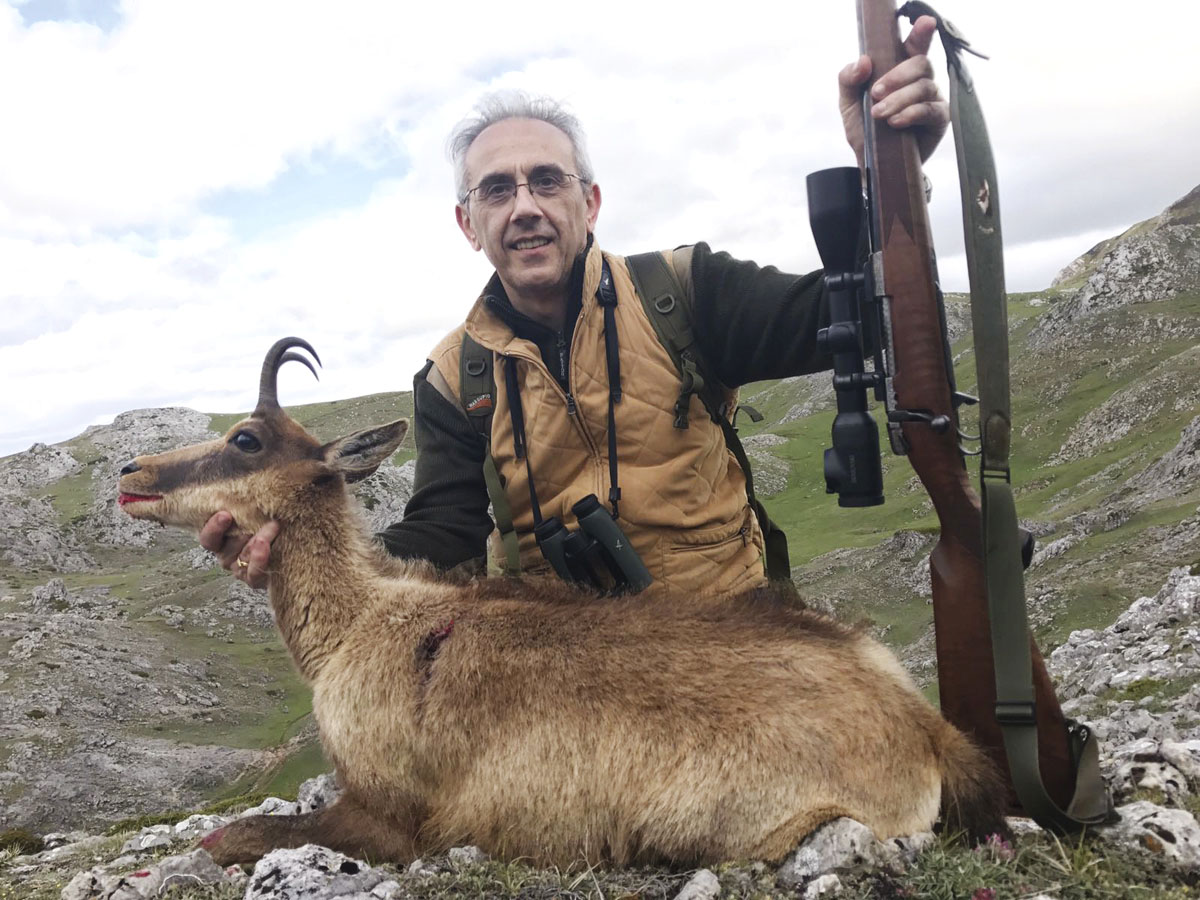 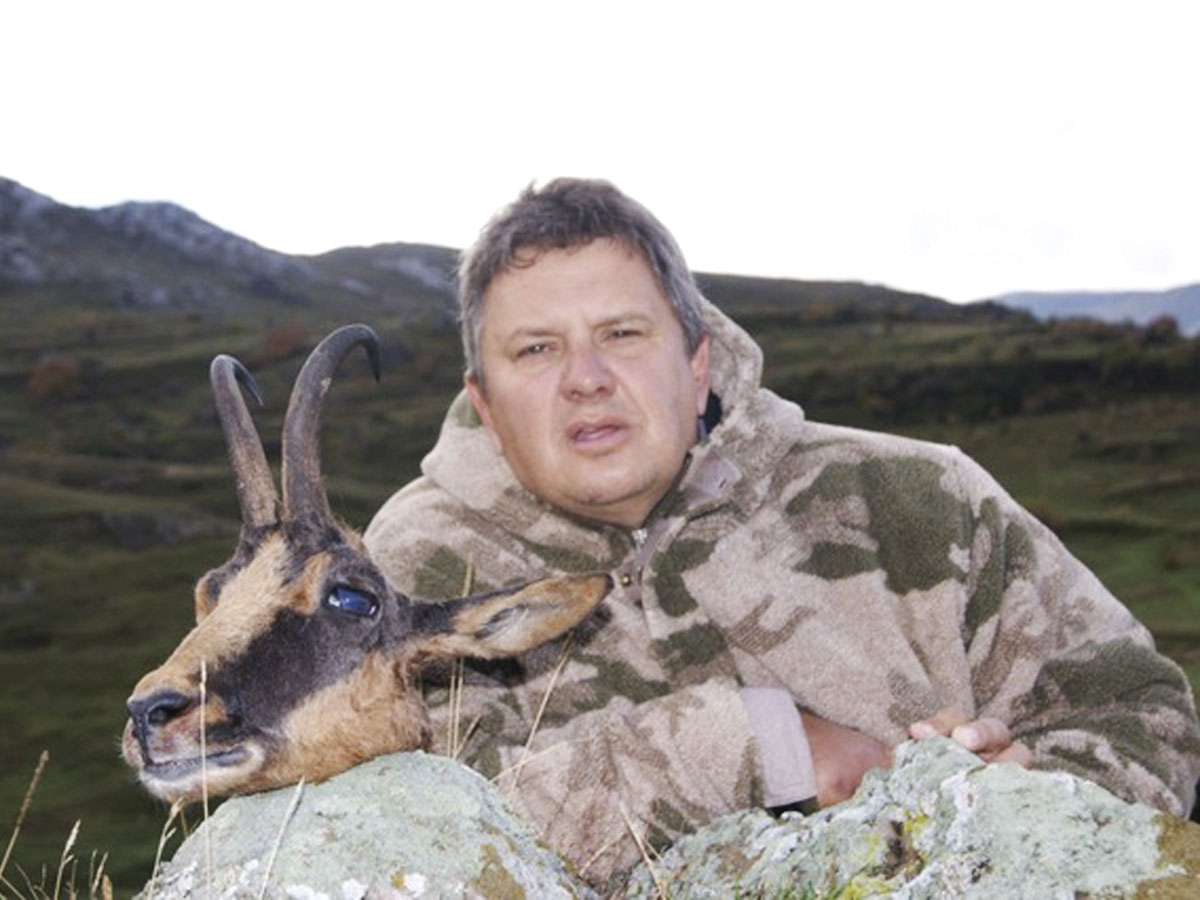 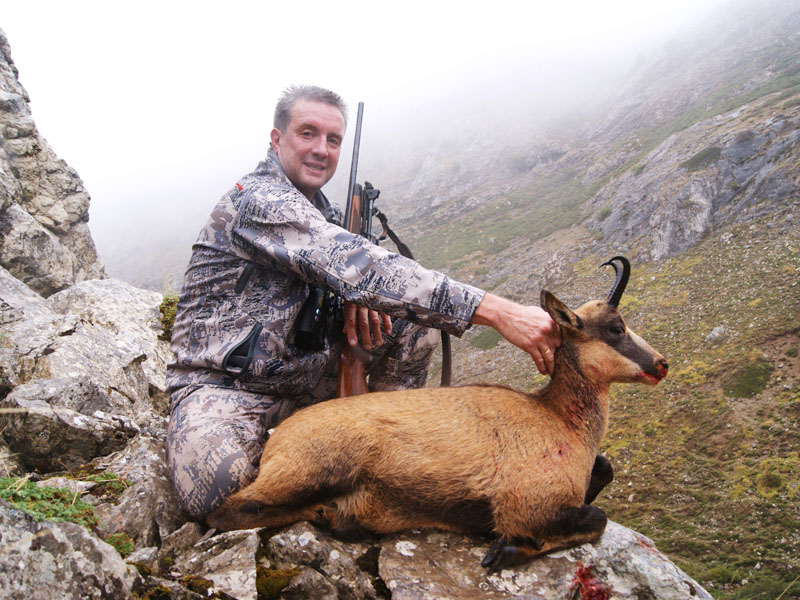 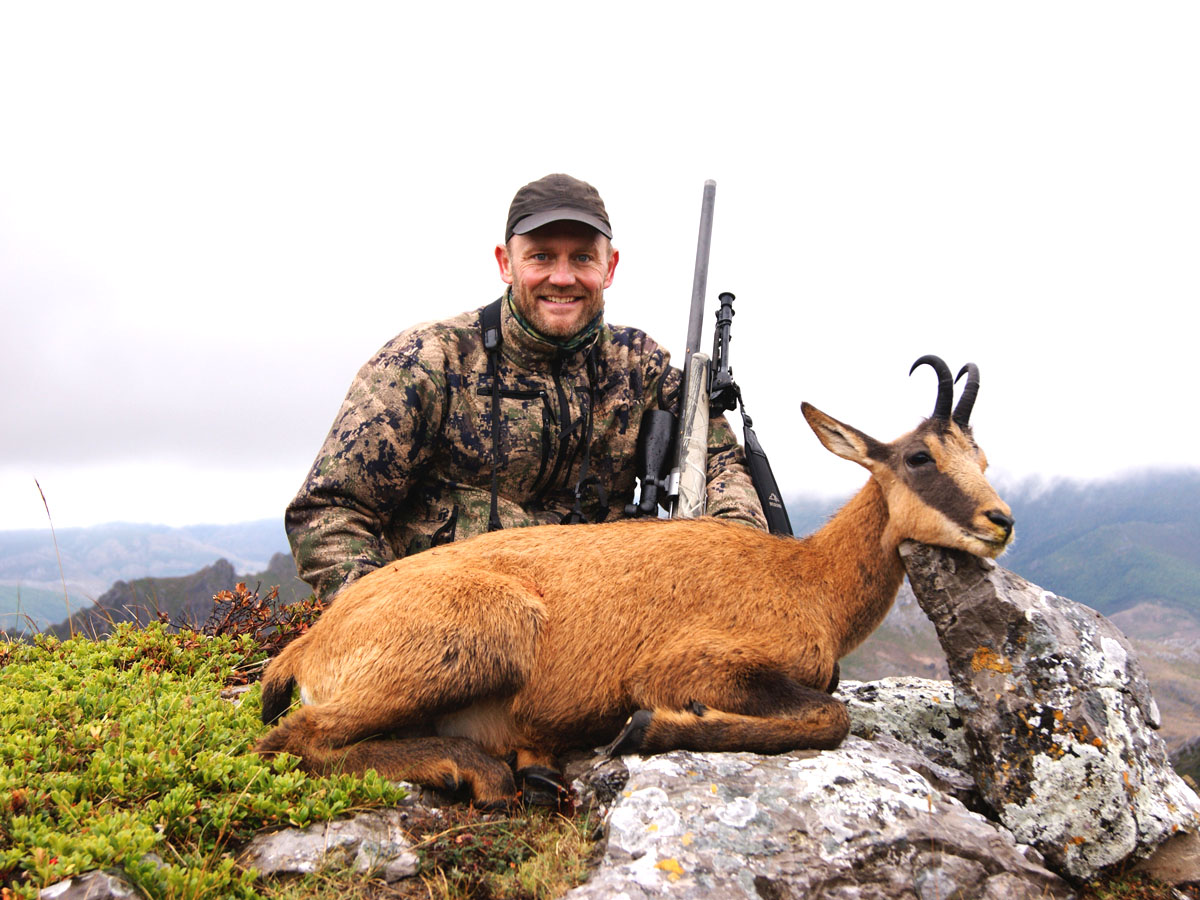 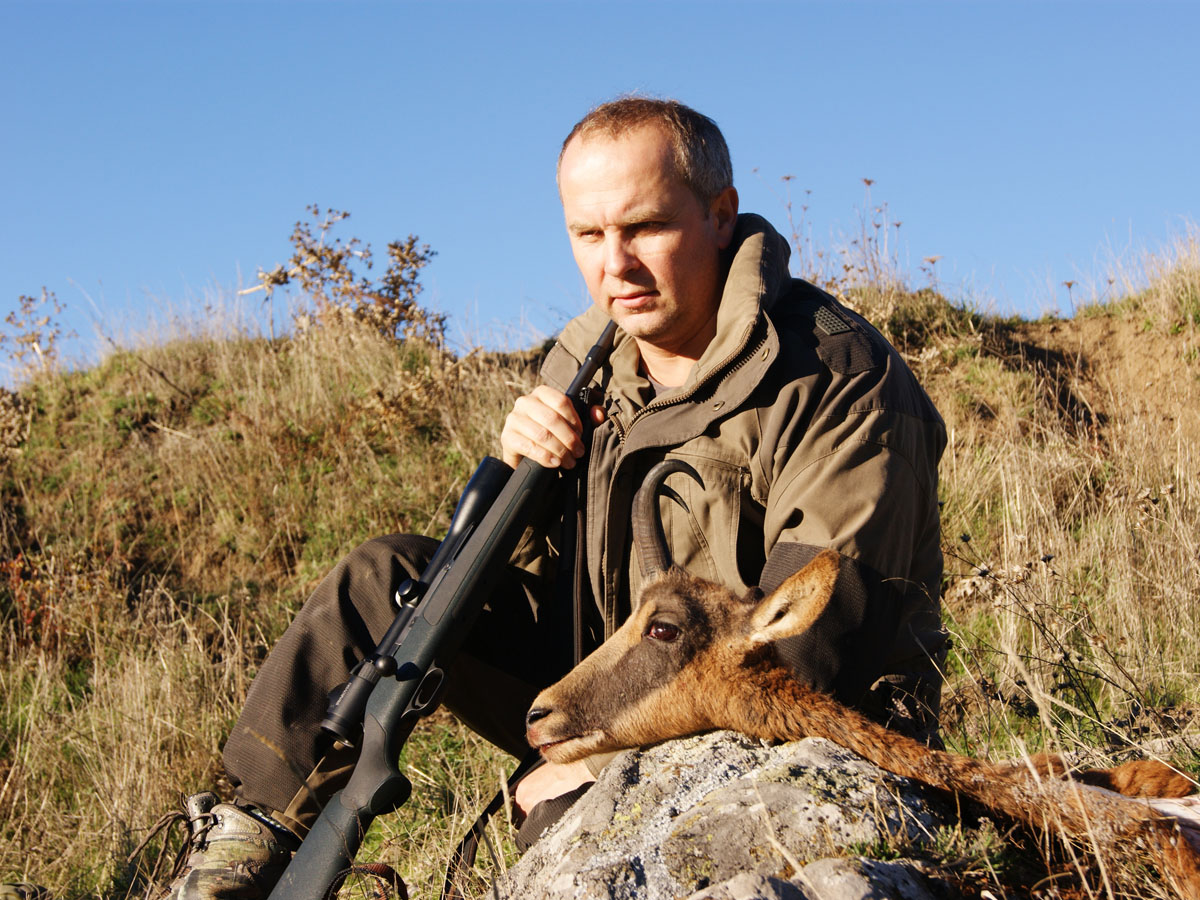