BIG LION
The Lion is probably the most appreciated trophy of the Big Five. Originally, it was extended all over Africa, but due to the human impact, the only countries with good numbers of lions are located in the southern part of Africa (Tanzania, South Africa, Zimbabwe, Kenia, Mozambique, Zambia, Botswana, Namibia). It’s not possible to hunt wild lions in South Africa, as they live mostly in National Parks. However, there is a big amount of lions bred by the game breeders for hunting in private farms, creating the biggest genetic reservoir in the world. Again, hunting becomes an important management tool for conservation.
The South African lions for hunting have massive sizes… sometimes heavier than 250 Kg in a mature male. The manes are also spectacular, normally the older is the lion, the bigger and the darker is the mane.

THE HUNT
Lion hunting in private ranches is very different than wild lion hunting. In South Africa, the lions stay in big high fenced areas where they move around looking for food or water. The hunting team (trackers, PH and hunter) must spend time covering as much ground a possible looking for fresh tracks. Once found, the team follows the tracks slowly, trying to find the lion in a favorable shooting position. The Lion is the king of his territory, and it’s not scared about anything, but it’s also a clever animal that will not give up easily… being able to charge the fellowship of hunters if he feels irritated by them! Pure adrenaline.
Definitely, hunting lions tracking them on foot is an extremely exciting experience that you’ll never forget.

THE RANCH
We hunt lions in a big property over 5.000 hectares located in the North West Province, not far from the border with Botswana. Due to the large extension of the farm, the hunter has the same feeling as hunting in the open areas. There are also lots of other game species in the ranch to complete the safari experience. The vegetation is mainly tall grass areas mixed with thorn trees and bushes.
The accommodation is in a beautiful African style lodge inside the property, having several nice private rooms with en suite bathrooms. The camp counts on all the facilities to make your stay very comfortable: dining room, boma with fireplace, swimming pool...

From February to November.

Savannah with sandy ground and bushes.

Not demanding but very exciting. Not for beginners.

Minimum 3 hunting days are required for this hunt. 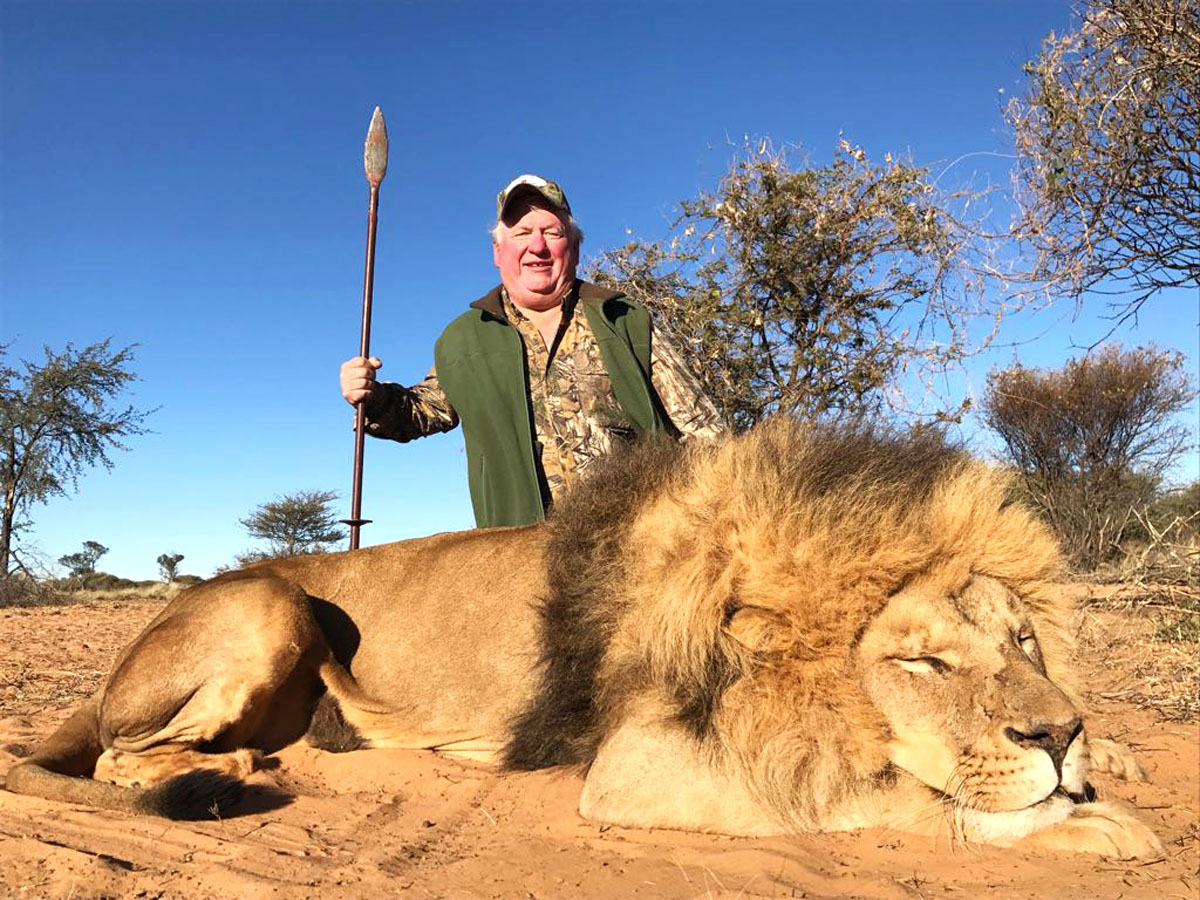 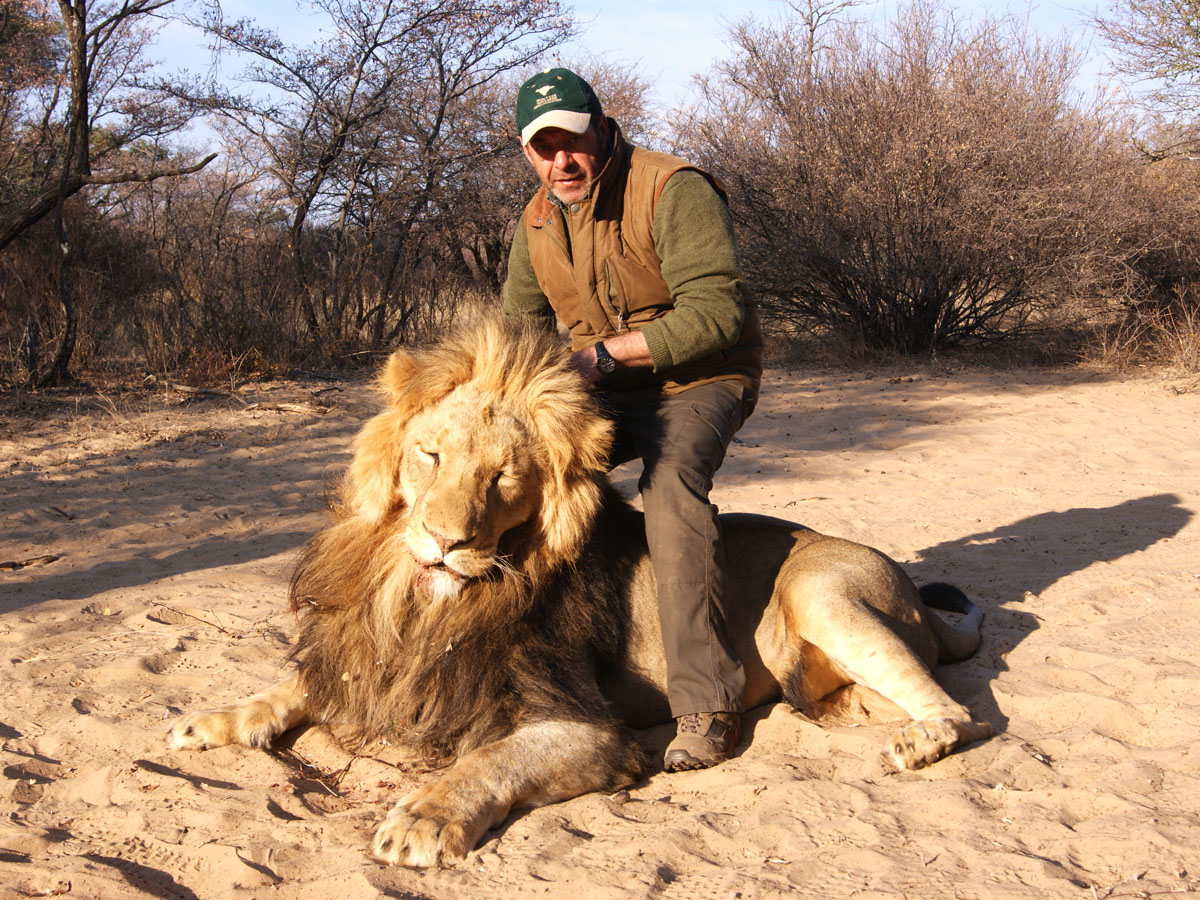 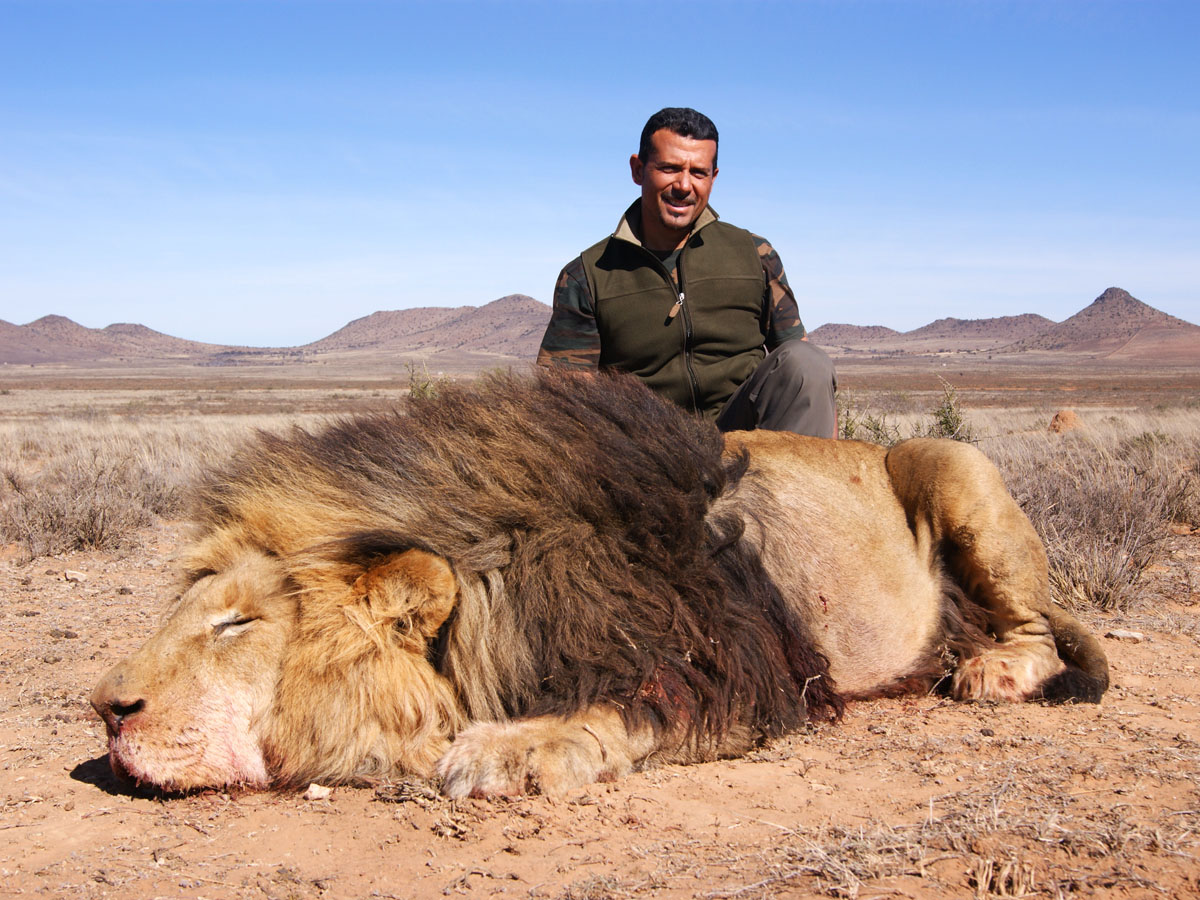 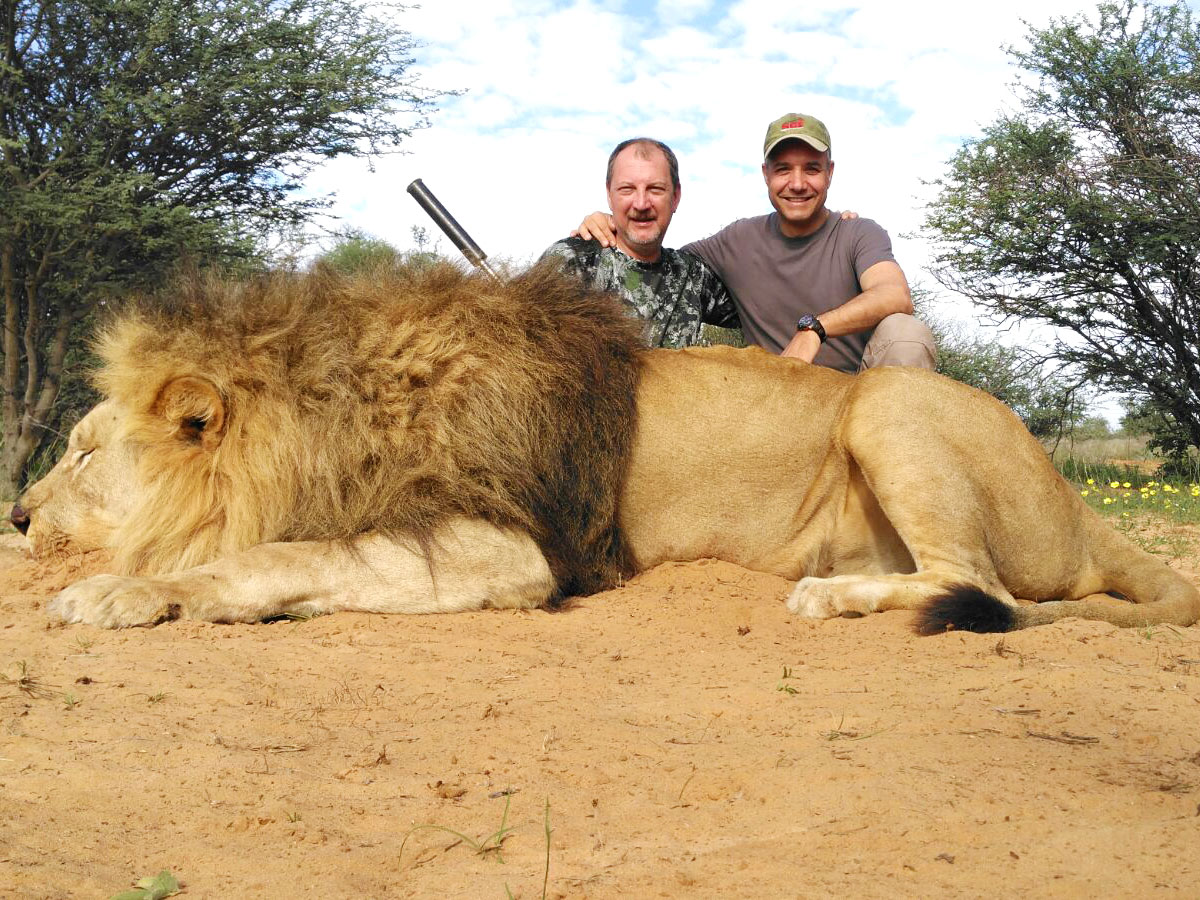 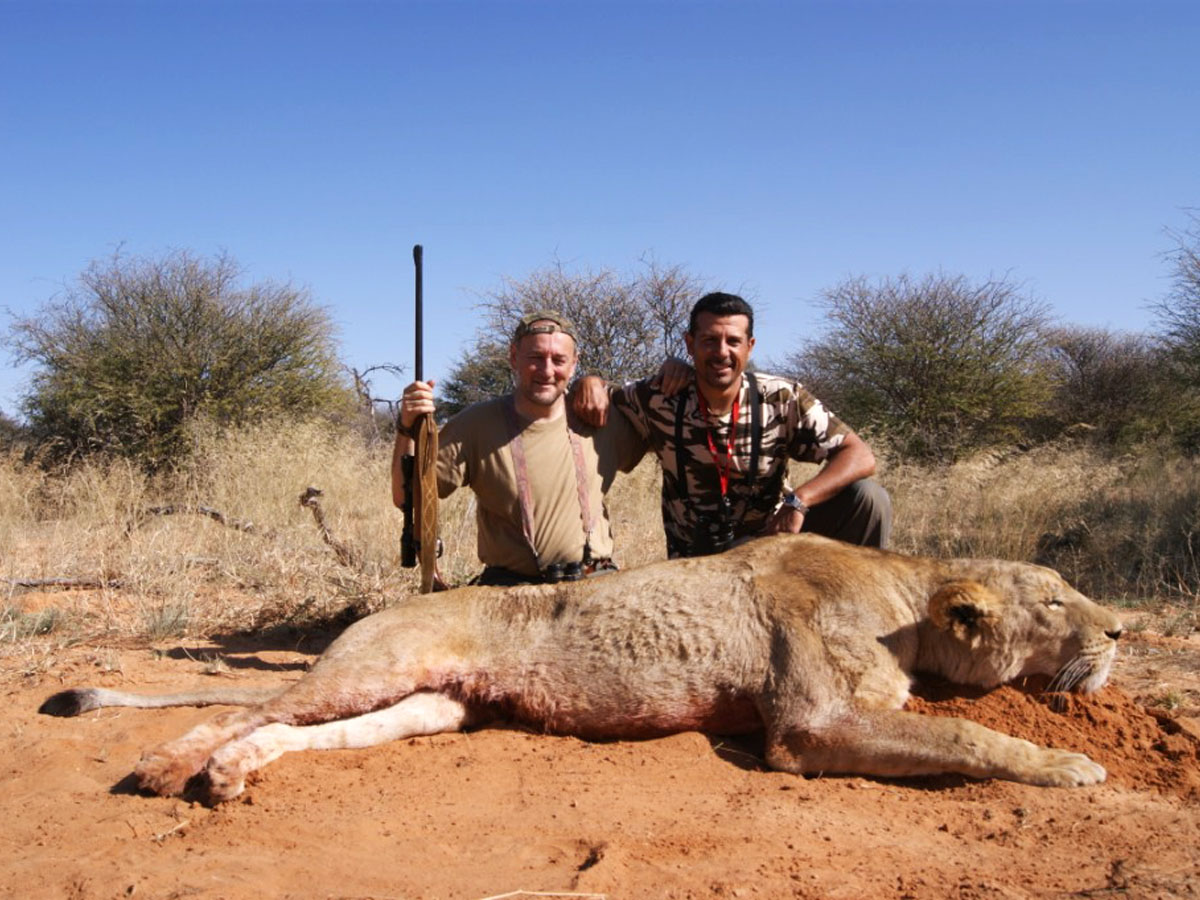 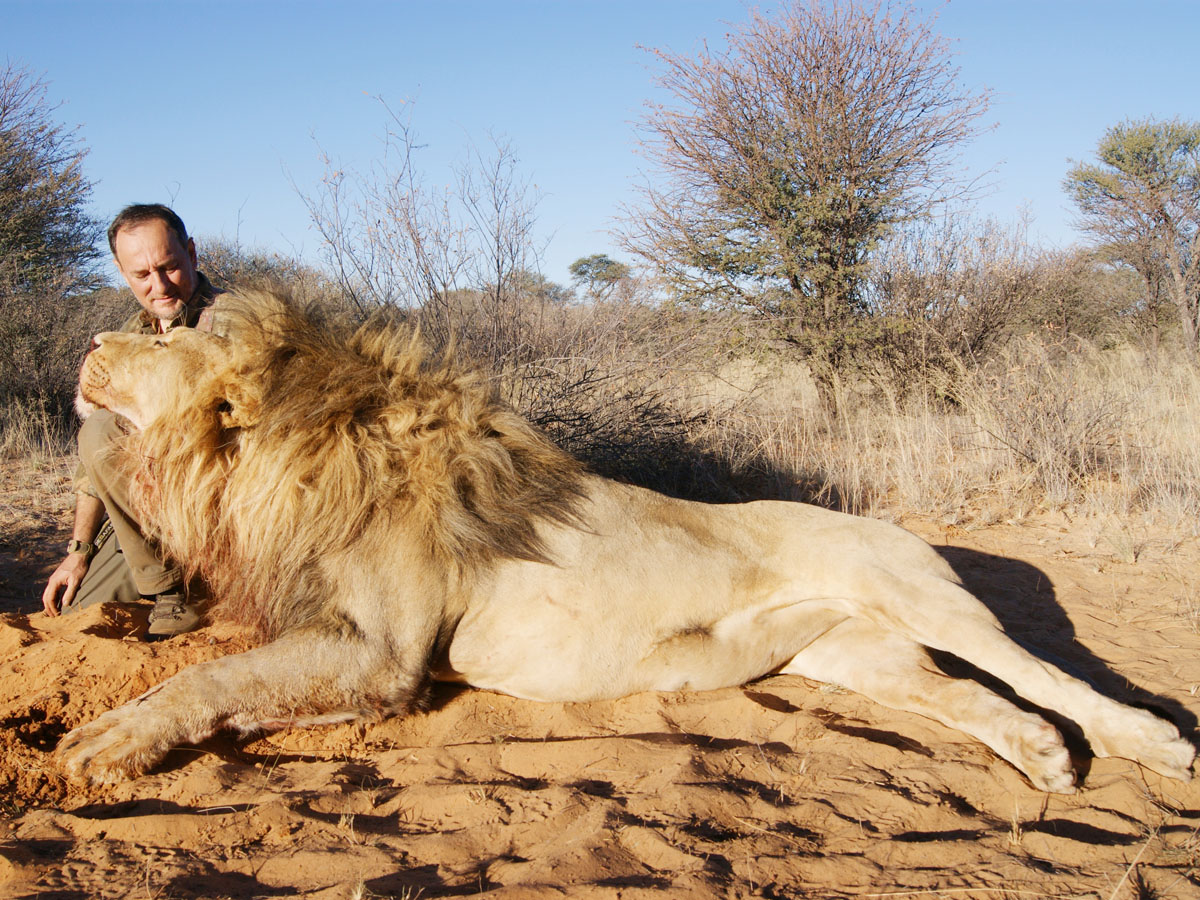 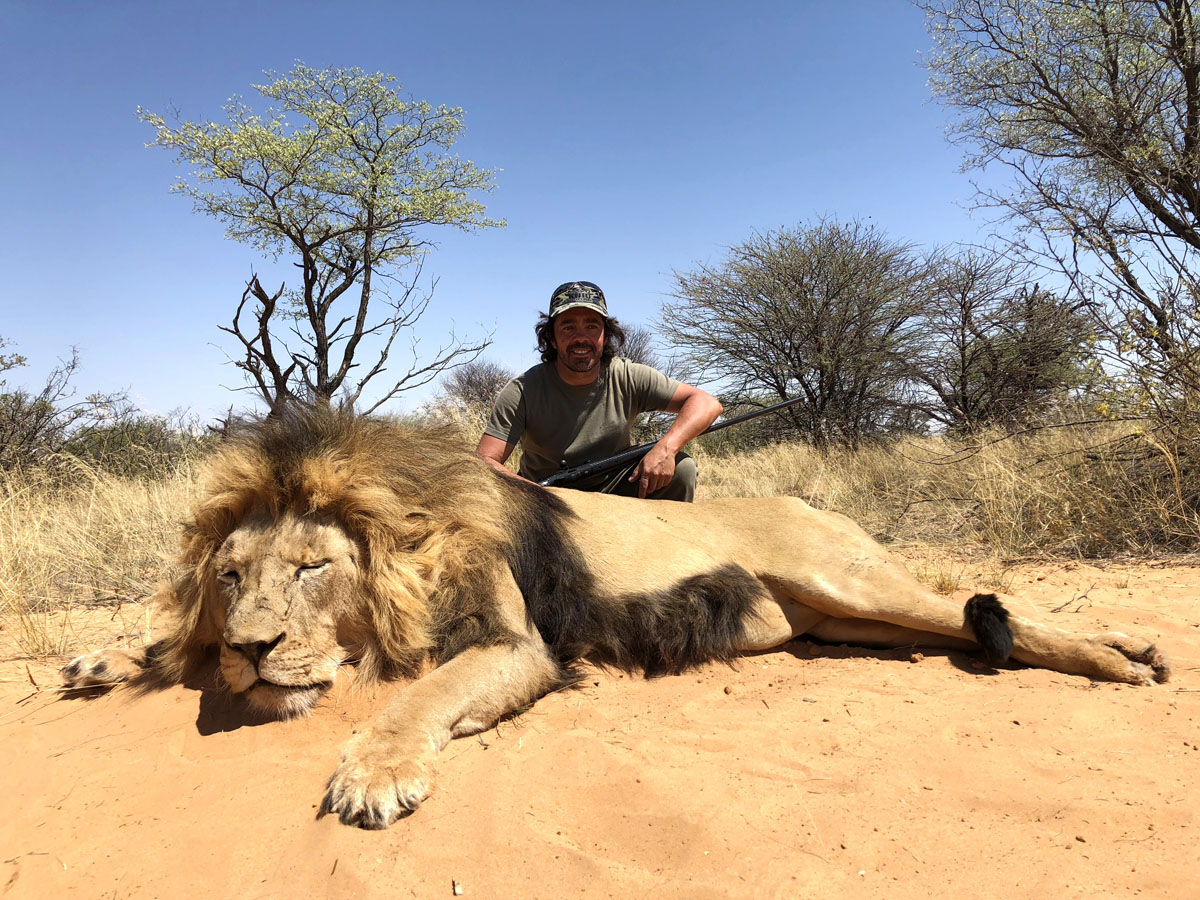 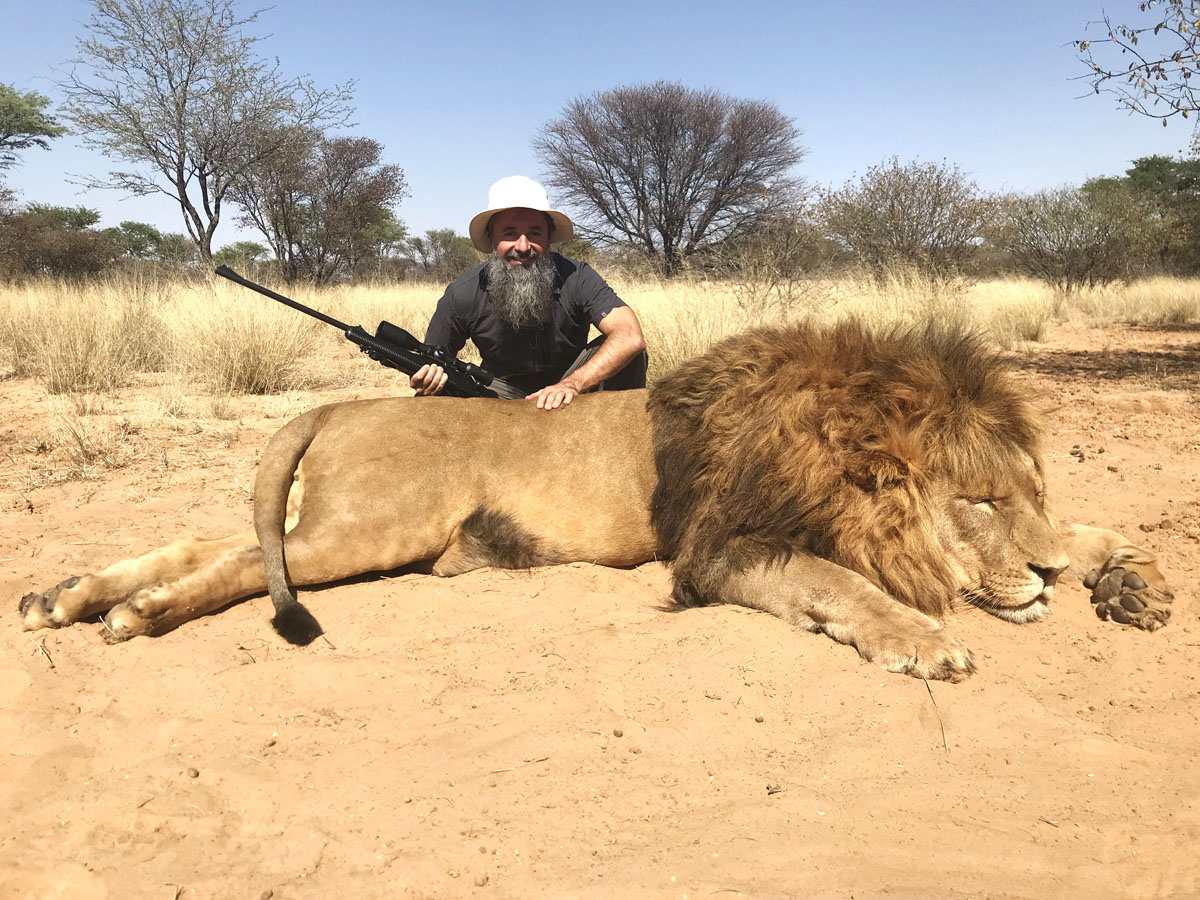 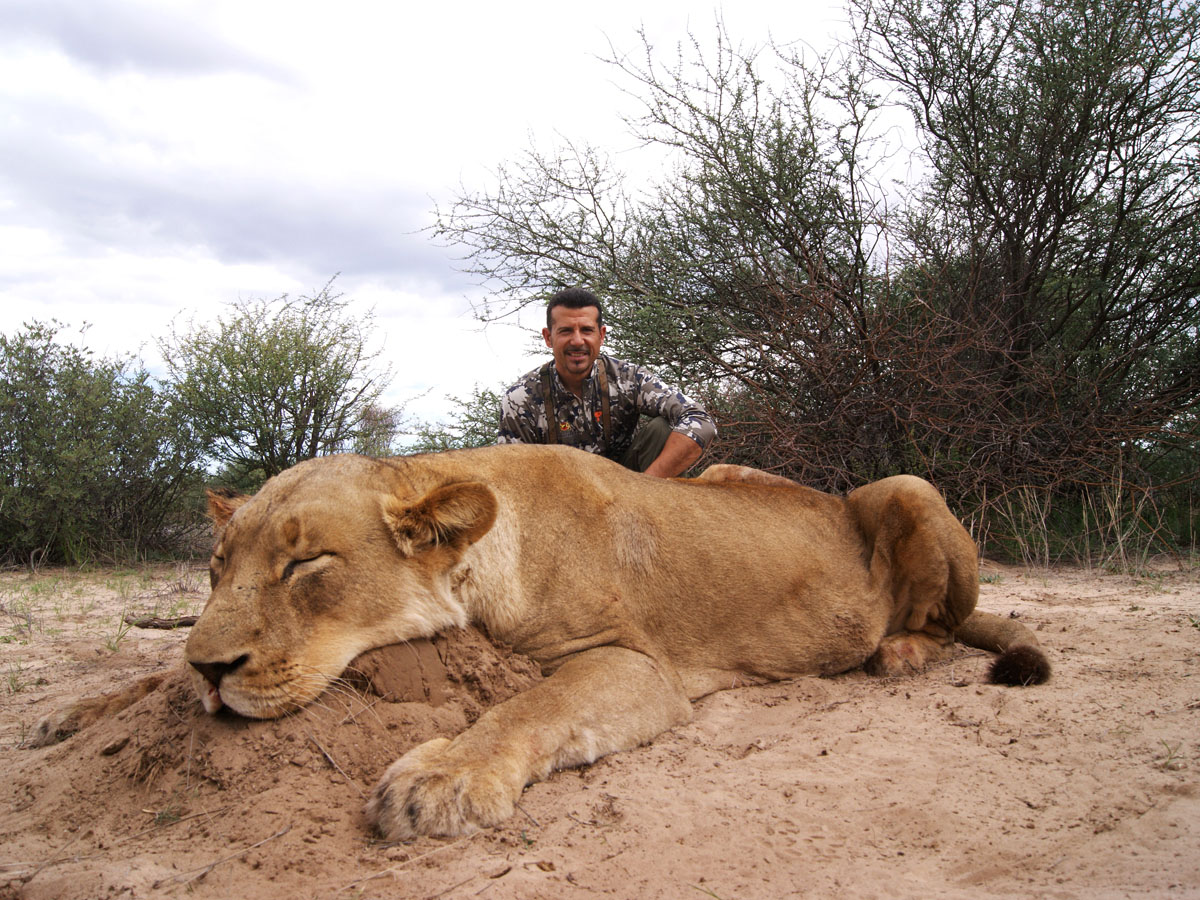 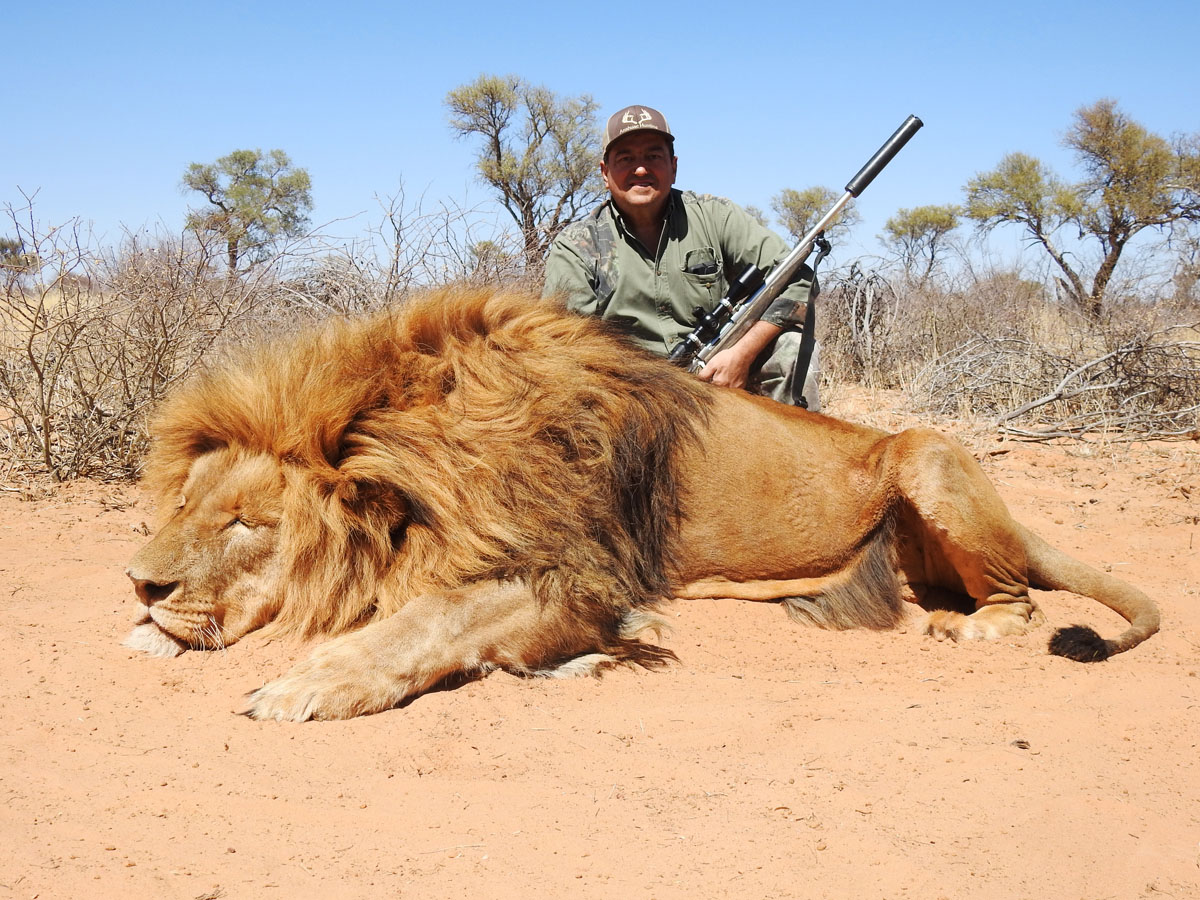 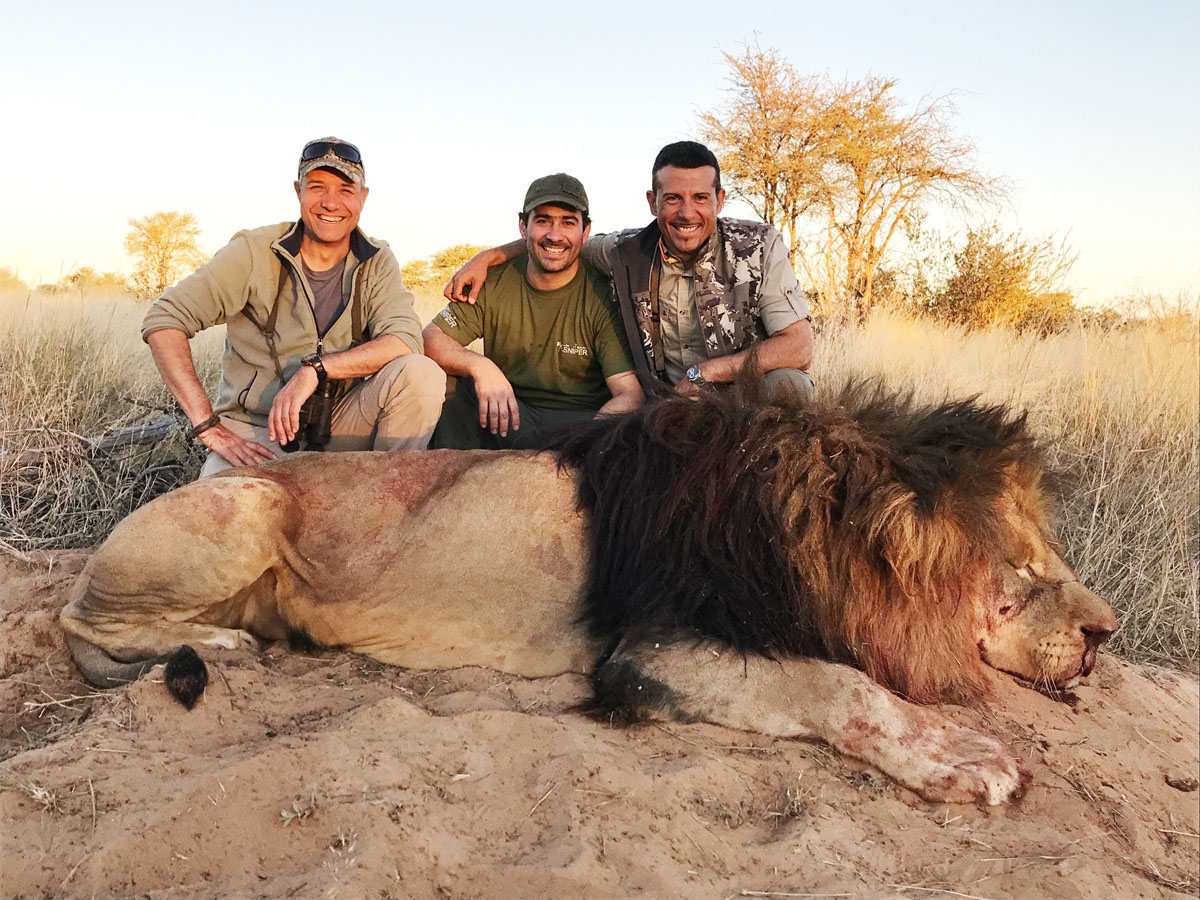 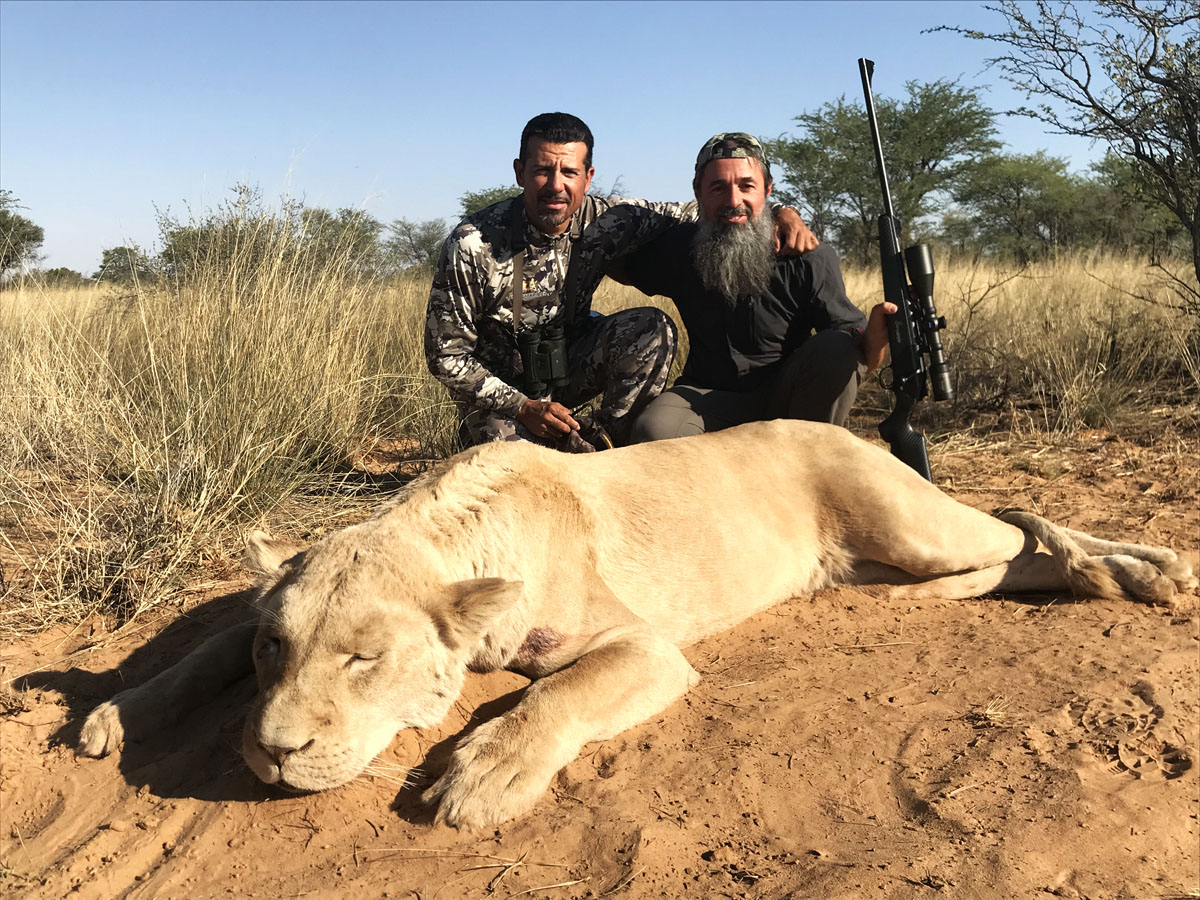