KAMCHATKA BROWN BEAR
It is considered to be the biggest brown bear among all of the Russian subspecies, and very similar to the Alaskan one. Probably, the rich diet based in salmon and other fishes in the coastal rivers and a shorter period of hibernation make this bear the biggest one. Its body can measure up to 8 feet, eventually 9 the very biggest ones. And its weight can easily overpass the 300 kg. (650 lb.). Its coat is long, dense and soft and its colour goes from a clear yellowish to a dark brown, although the dark colors are dominant.

THE HUNT
The way we hunt is mostly determined by the time in the season, as being or not being snow absolutely changes our mobility. In April, or before the snow melt, using snowmobiles is mandatory as there is no way to walk in the snow. So every morning we will drive over the hunting area looking for the bears. Once the proper one is found, we will try to get a solid rest in the snow to have a shot on the brown bear. Some later, in May, we use motorboats to sail the rivers and spot the bears from the water. Once found, we will drive to the shore and will organize the approach on foot. After the snow melts, the ground is solid and some walking is possible.
Only two turns are organized every year for this hunt, and their dates are previously scheduled by the outfitter. Each turn counts on up to 6 hunters, and they all count on their own hunting guide. So, despite it is possible to share common facilities or vehicles like the base camp or the helicopter, each hunt is organized individually. Success rate is 100%.

THE HUNTING AREA
Our best hunting area is located in Magadan, to the West of the peninsula of Kamchatka. It is a remote and wild territory only accessible by motorboats or helicopter. In here, the population is very large and the hunters will count on several opportunities to get their trophy.
The terrain is undulated holding small hills all over, although as walking is reduced to the final approach, this is not a physically demanding hunt.
The accommodation is provided either in the base camp or in heated tents that we will carry on while driving around the area. As the territory is huge, we may be required to sleep far from the base camp, so we can be required to pack some personal stuff for outings that can last a couple of days.

Moderated. Snowmobiles and motorboats are used.

Heated tents or wooden base camp. 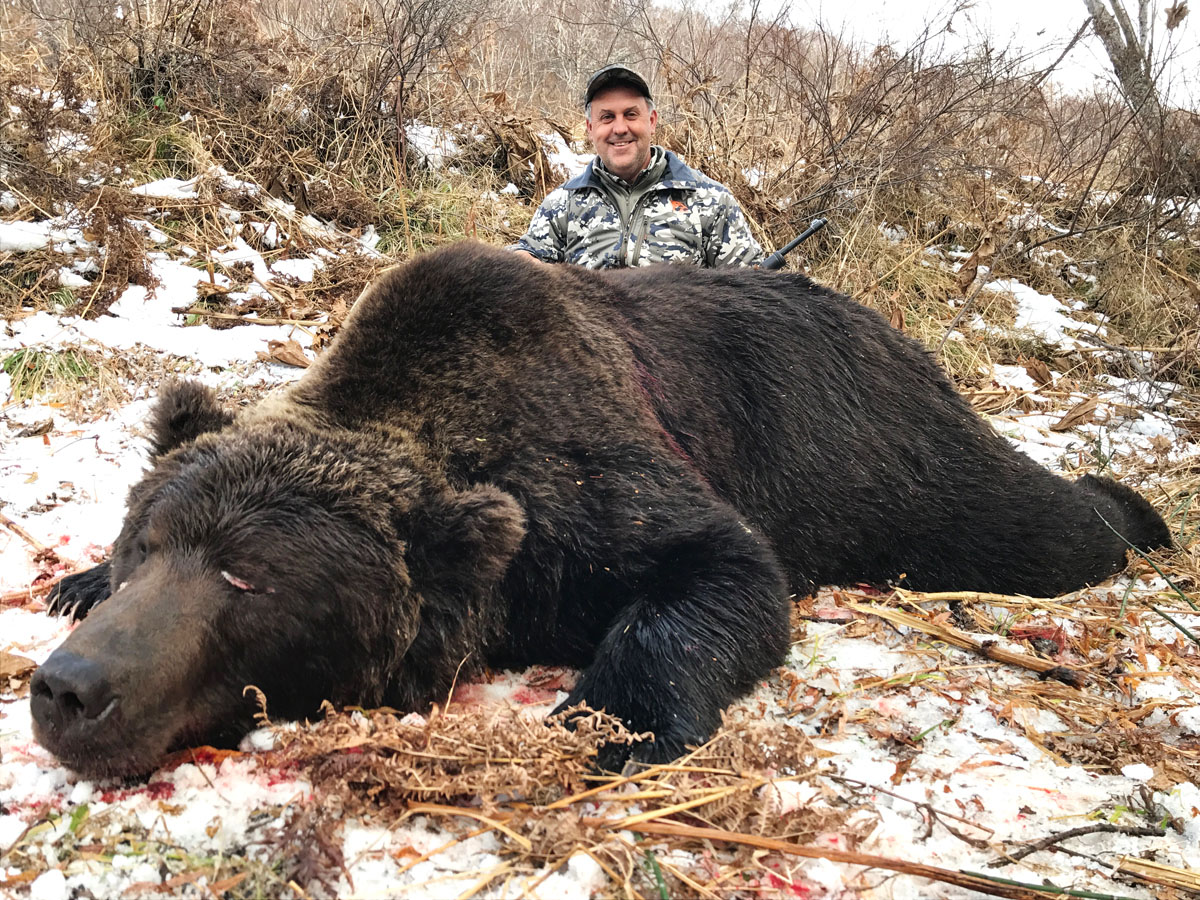 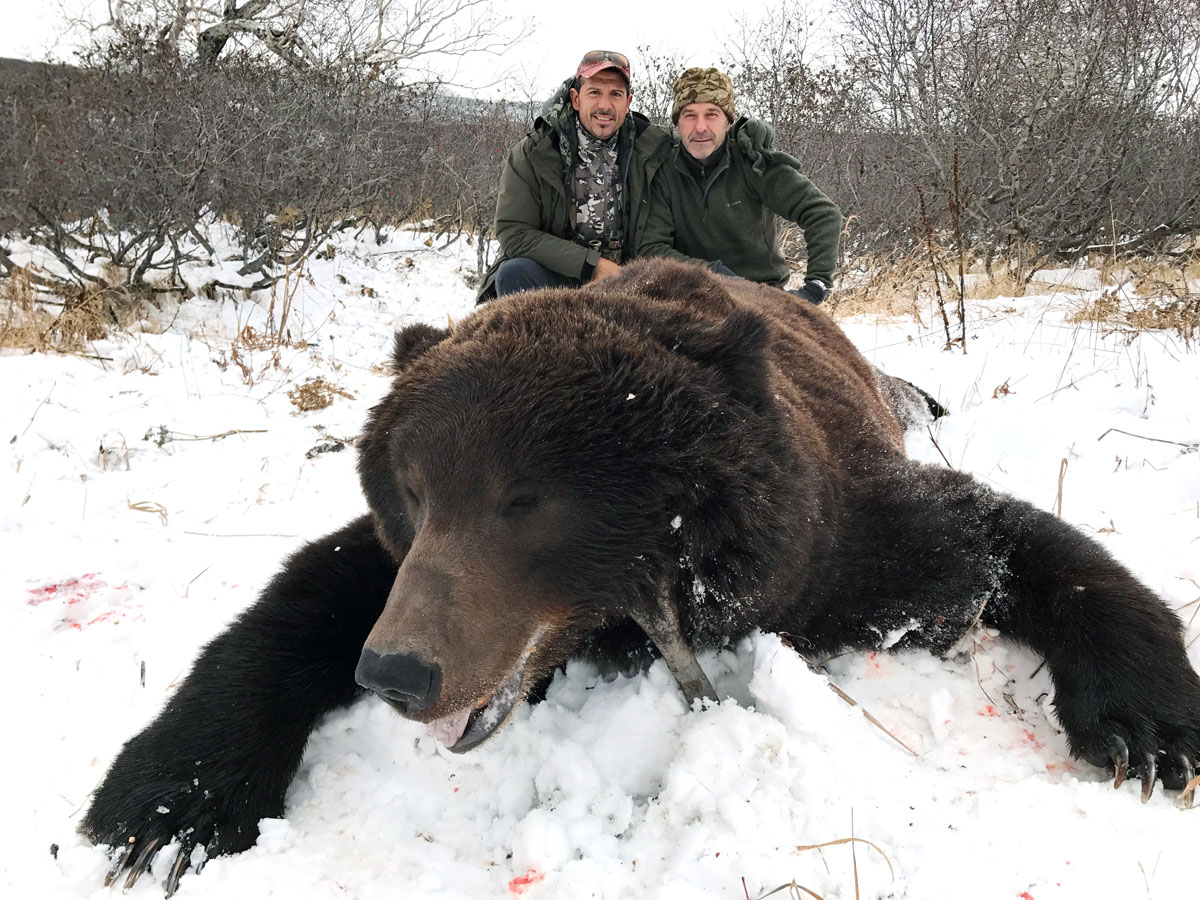 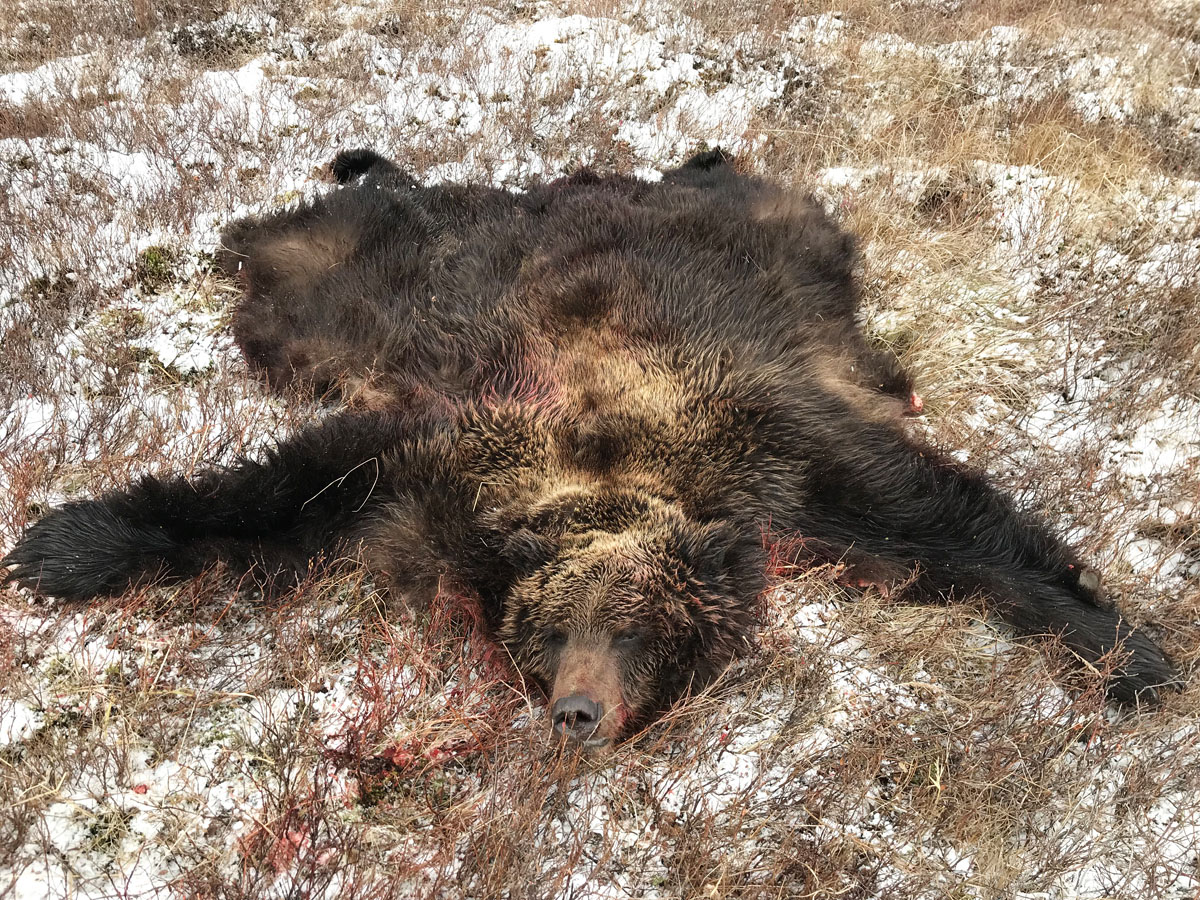 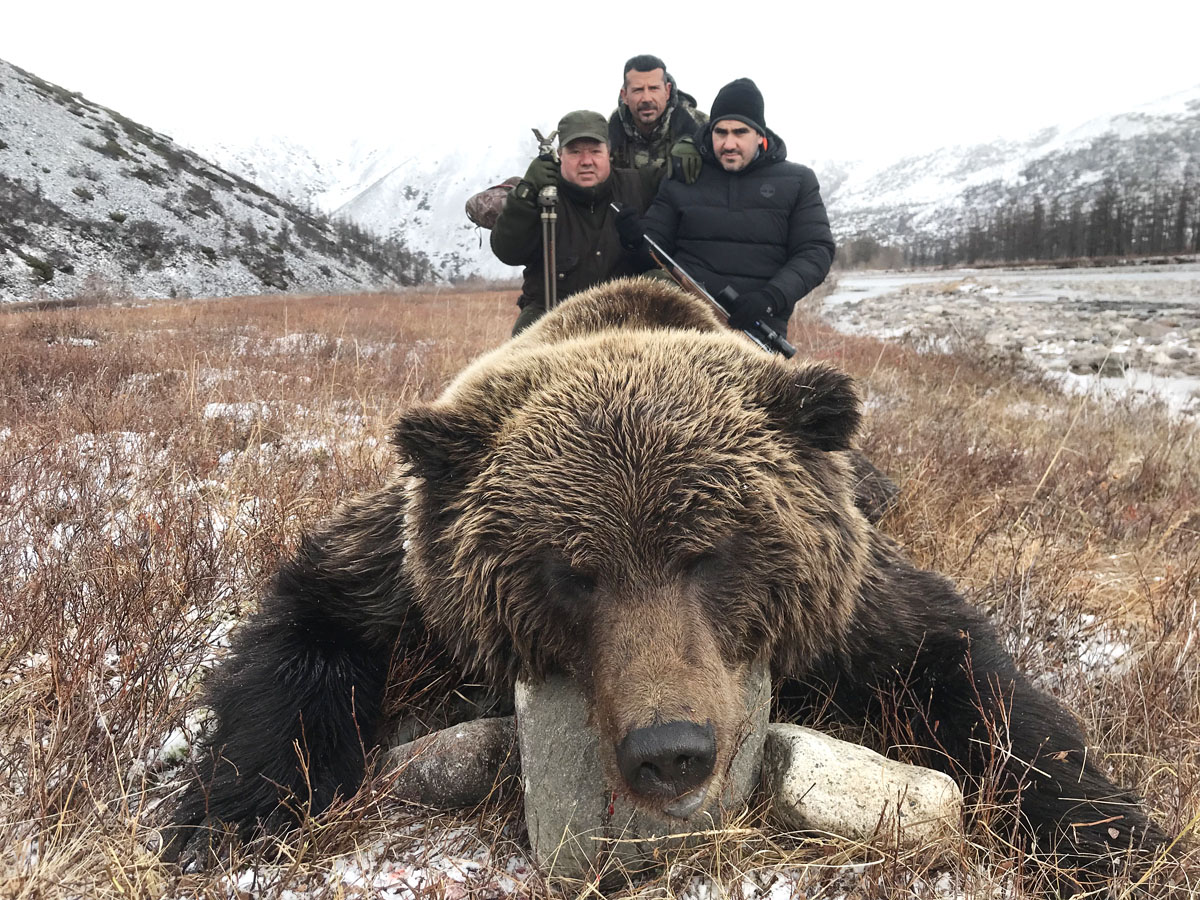 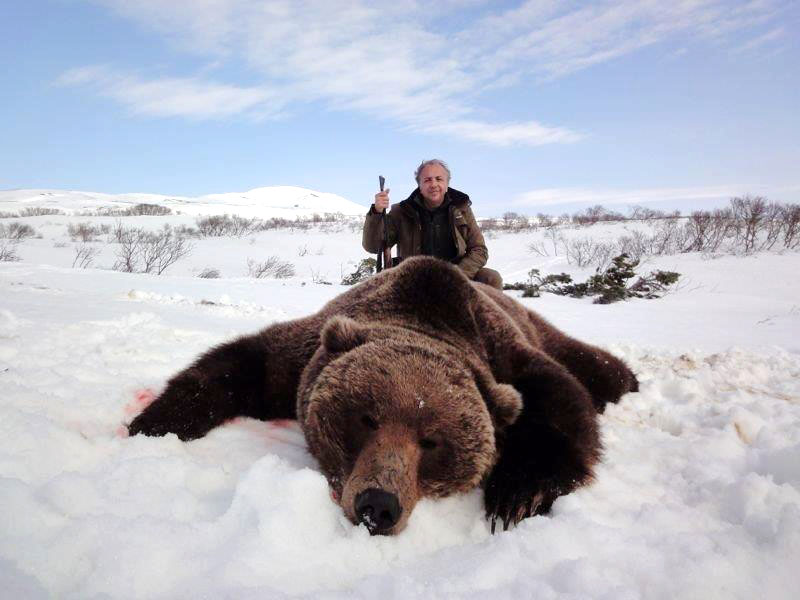 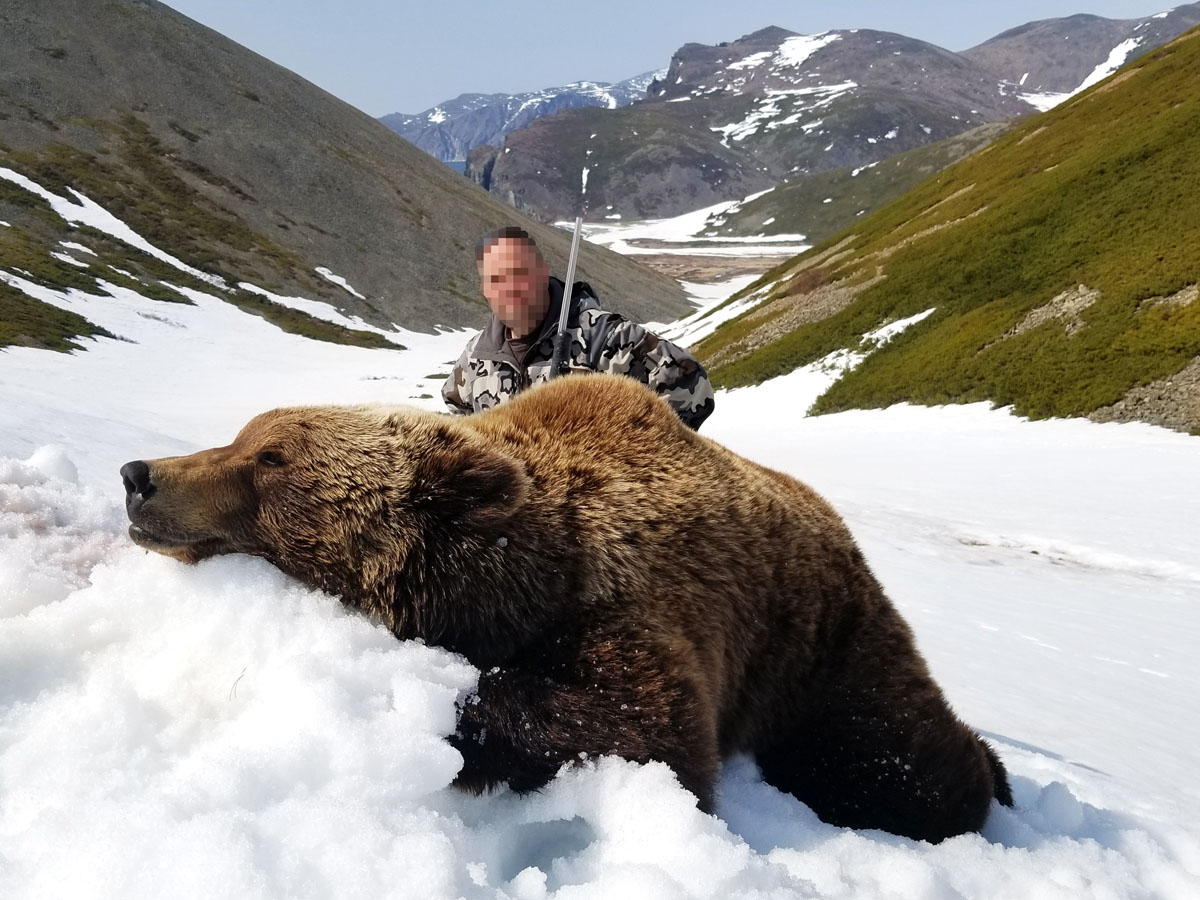 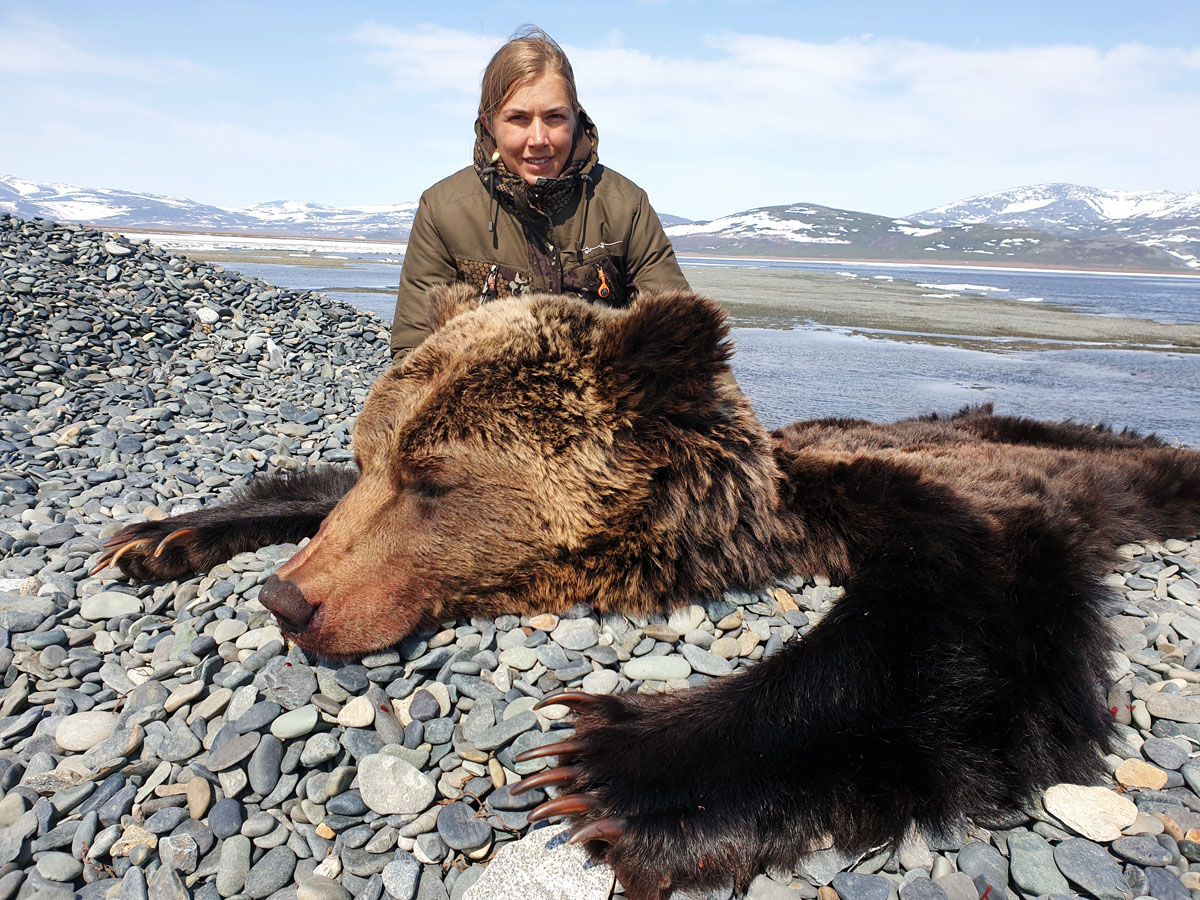 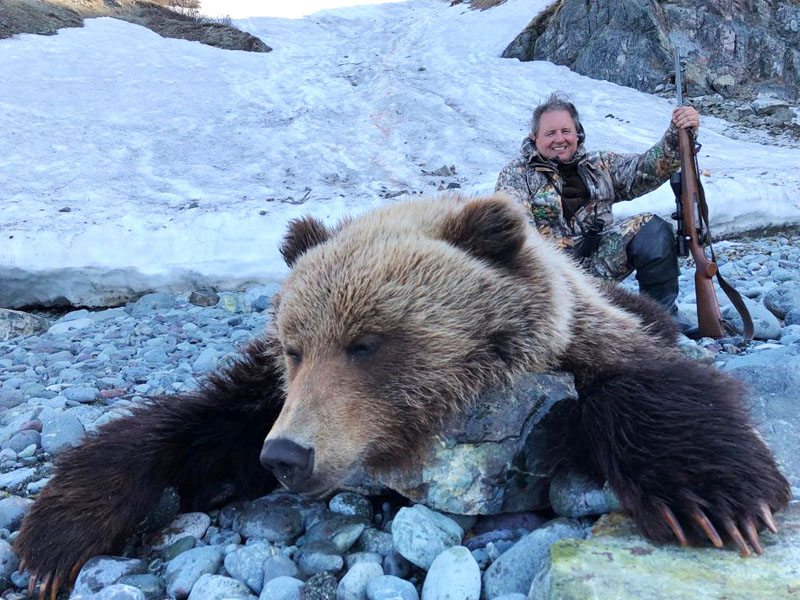