The Balearean boc (also called Balearean goat or Majorcan wild goat) is an endemic animal in Mallorca, present on the island for more than 4.000 years. Actually, the scientific studies determined that the Phoenicians were the first to import this goat from Eastern Europe while their battles to control the trade in the Mediterranean Sea. This theory is supported by the DNA studies of the Bezoar or the Kri-Kri ibexes which, once compared, make the Balearean boc a relative of these two. However, thousands of years of evolution have been enough to establish a different species, totally adapted to its habitat that holds singular features that make it unique!

The hunt is conducted in a spot-and-stalk basis. It means glassing at first from different spots where we have a wide vision and walking later on the approach. Only about 100 trophies are legally hunted every year, becoming almost a hunt for collectors. However, it is also a very recommendable hunt for those interested in combining some different game during their hunting trip in Spain. In addition, bowhunting is also very recommendable.
Despite the season remains open during the whole year, we recommend placing this hunt during the coldest months. In summertime, the temperature usually overpasses 35ºC (95ºF) being quite hot to go on any hunt. From October to April, the temperature is very moderated and the hunt can be driven in a normal spot-and-stalk basis.

The hunting area is found on the North of the island, on a narrow peninsula about 2.500 hectares (6,000 acres). This portion of land is well provided of paths that go across the whole hunting area and make your hike easier. However, the terrain is quite rocky and the hunt can become very demanding if going off-road. Thanks to its unique location, the ocean can be seen from many corners of the hunting area, becoming a privileged scenery for a fabulous trophy hunt.

All year round. Better avoid summertime. 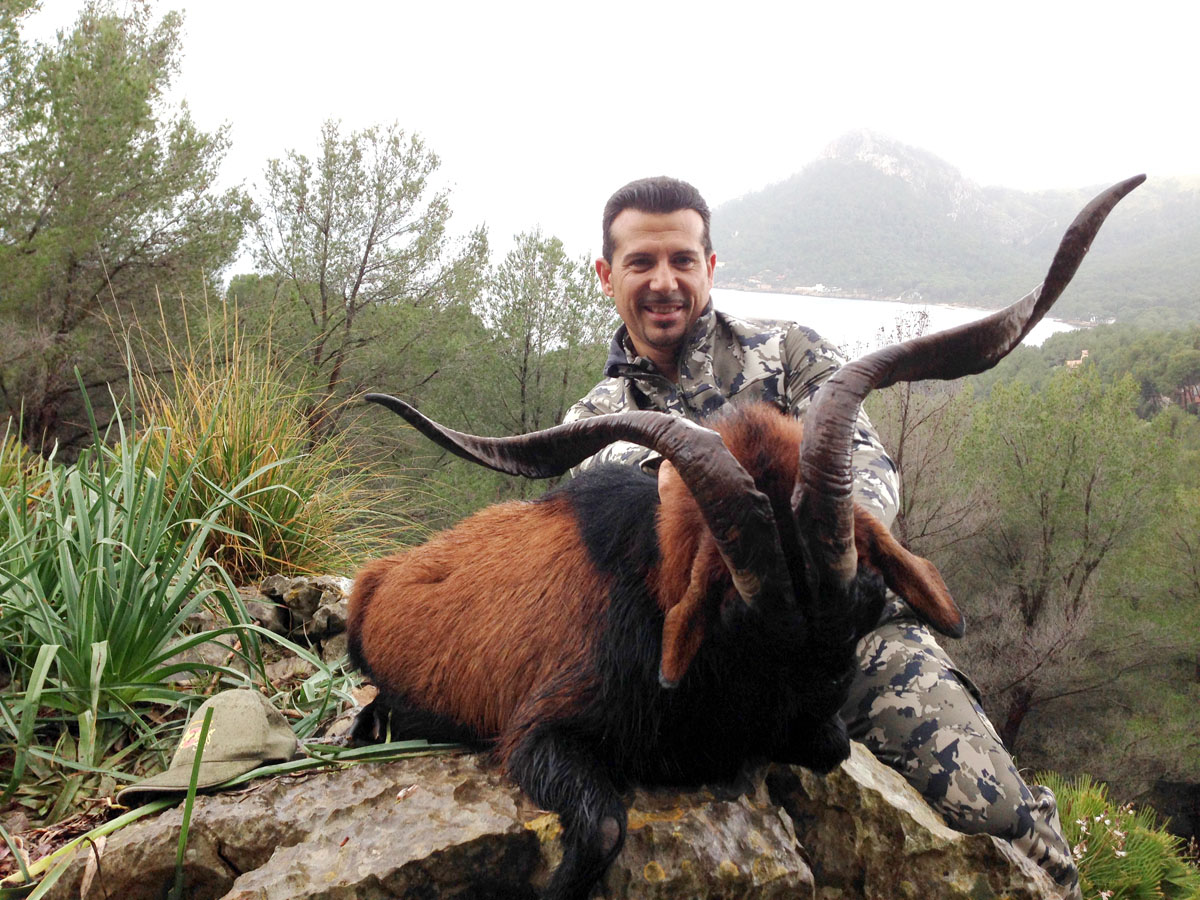 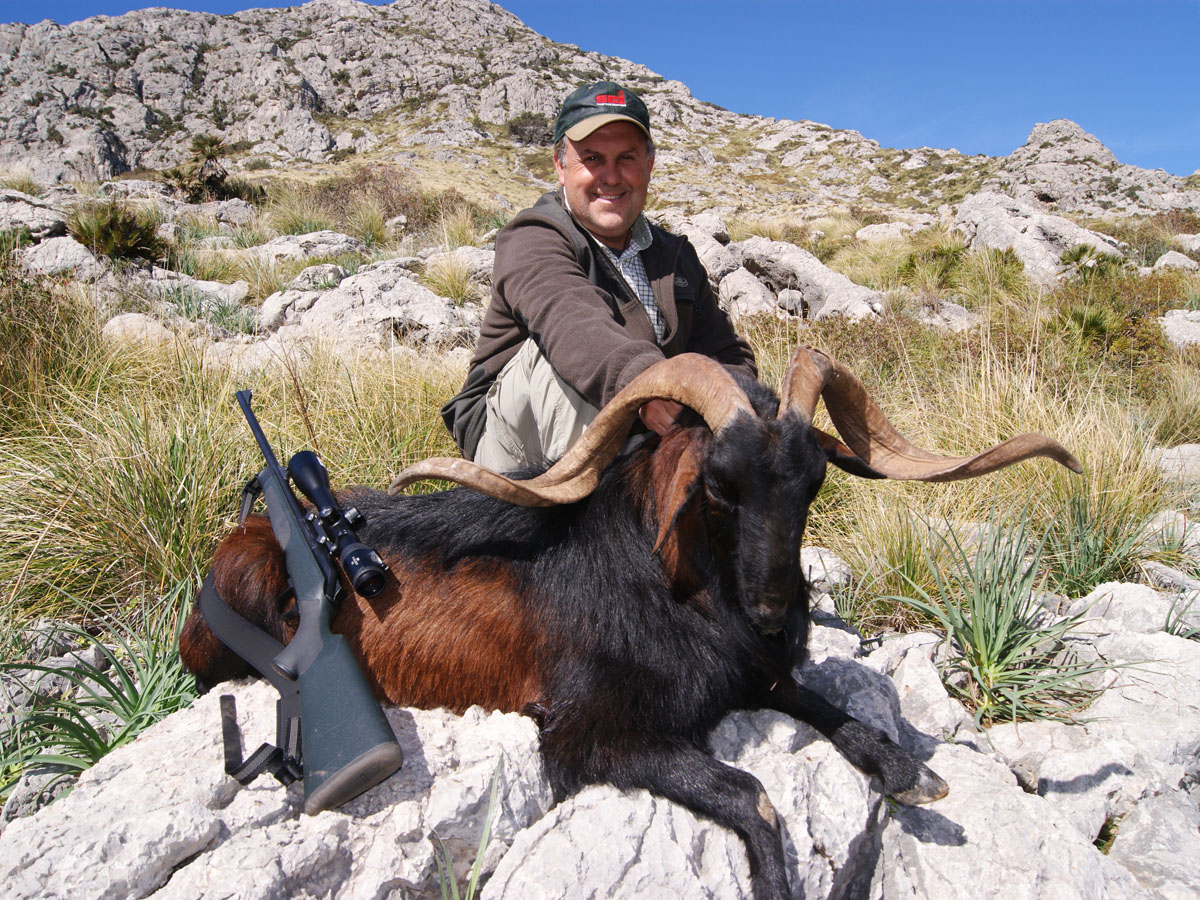 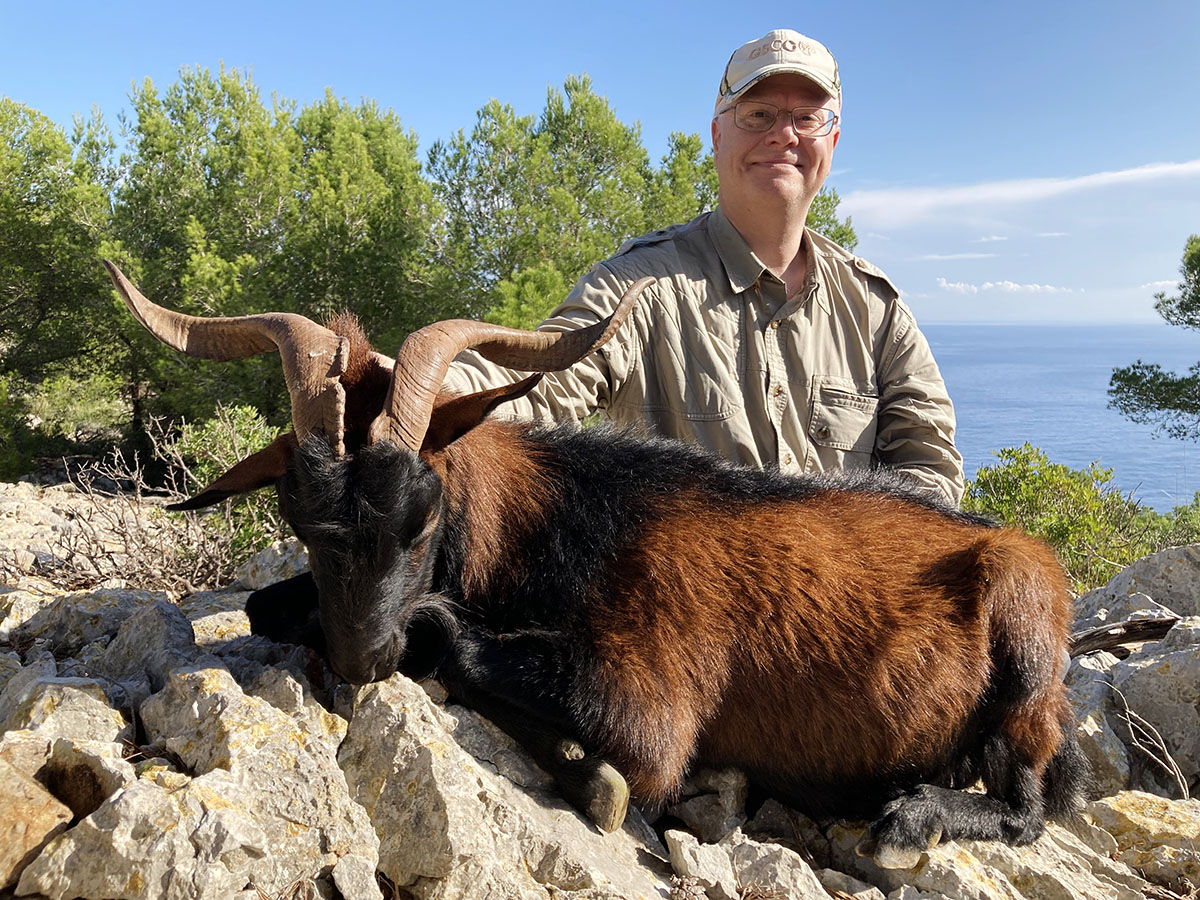 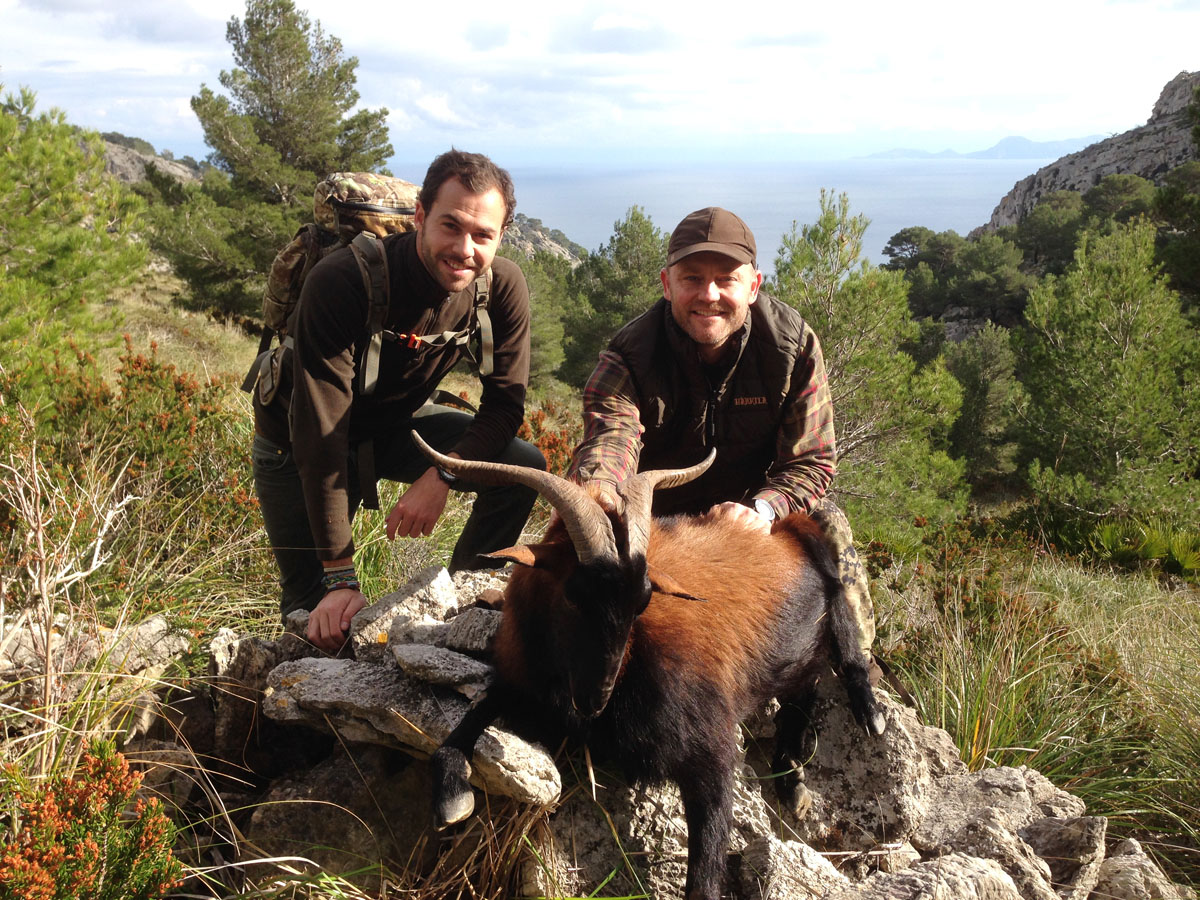 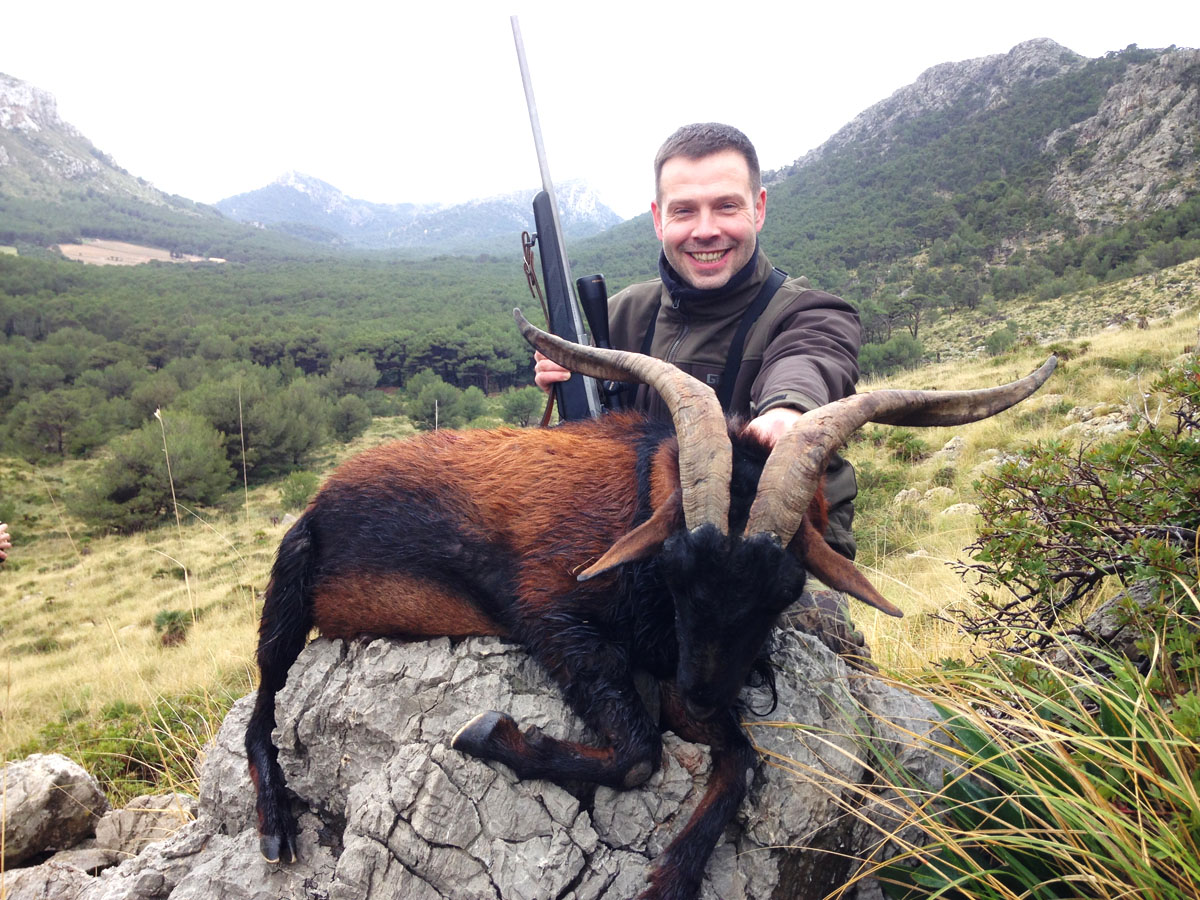 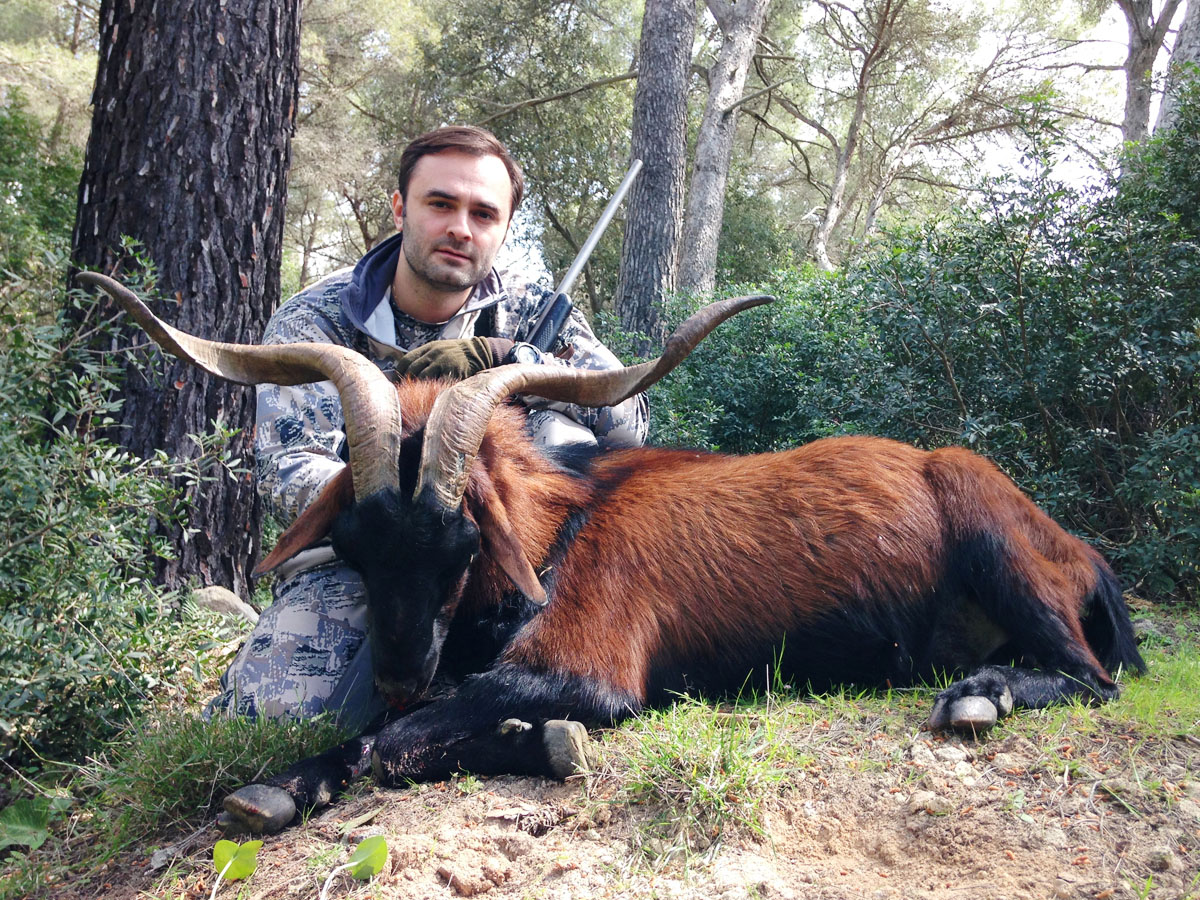 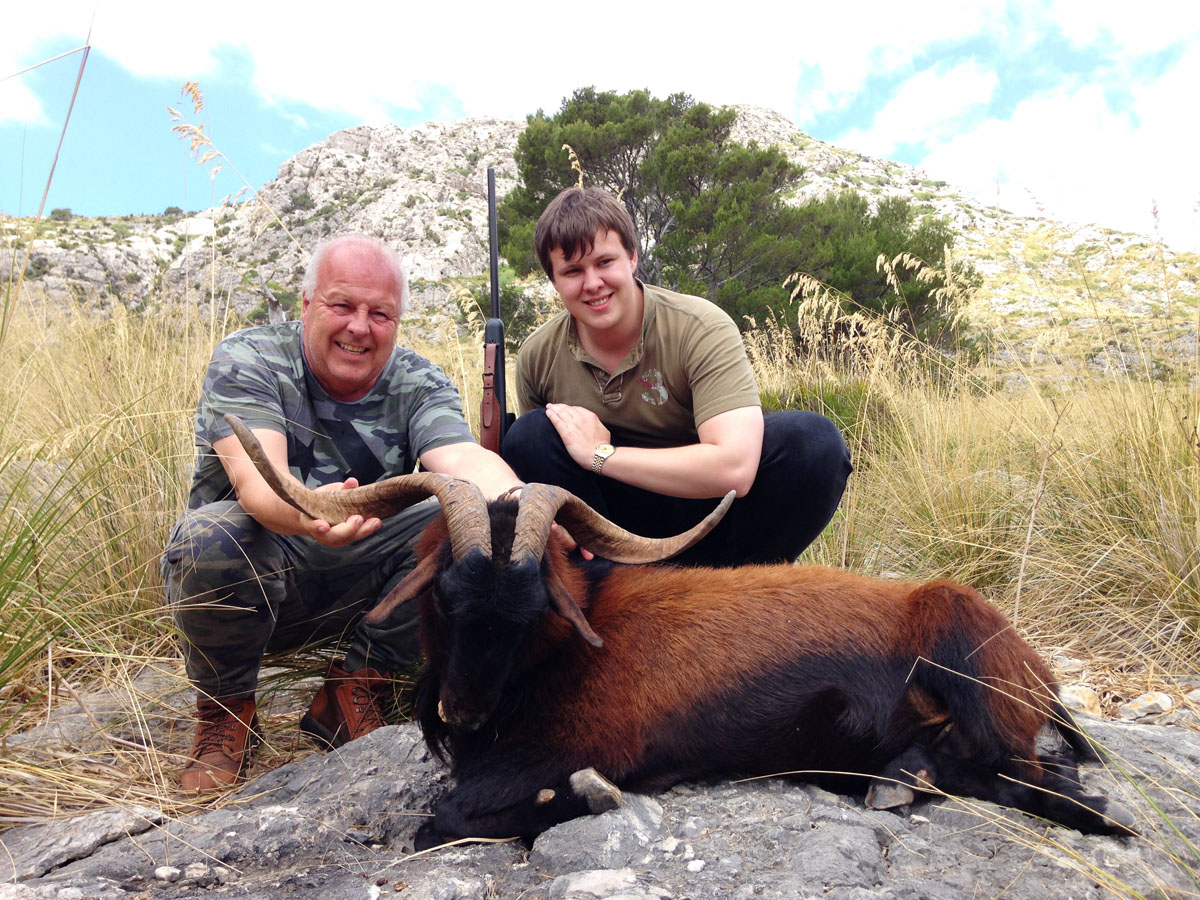 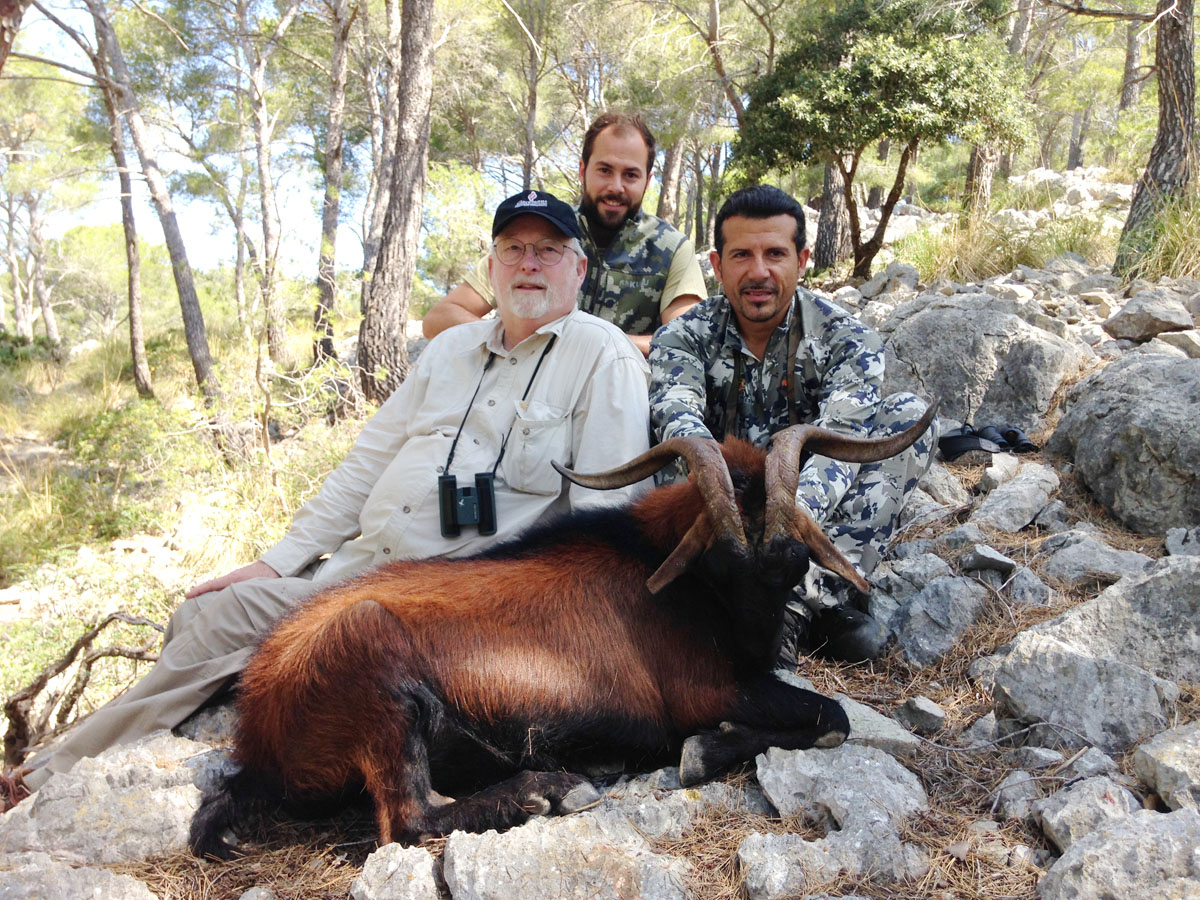 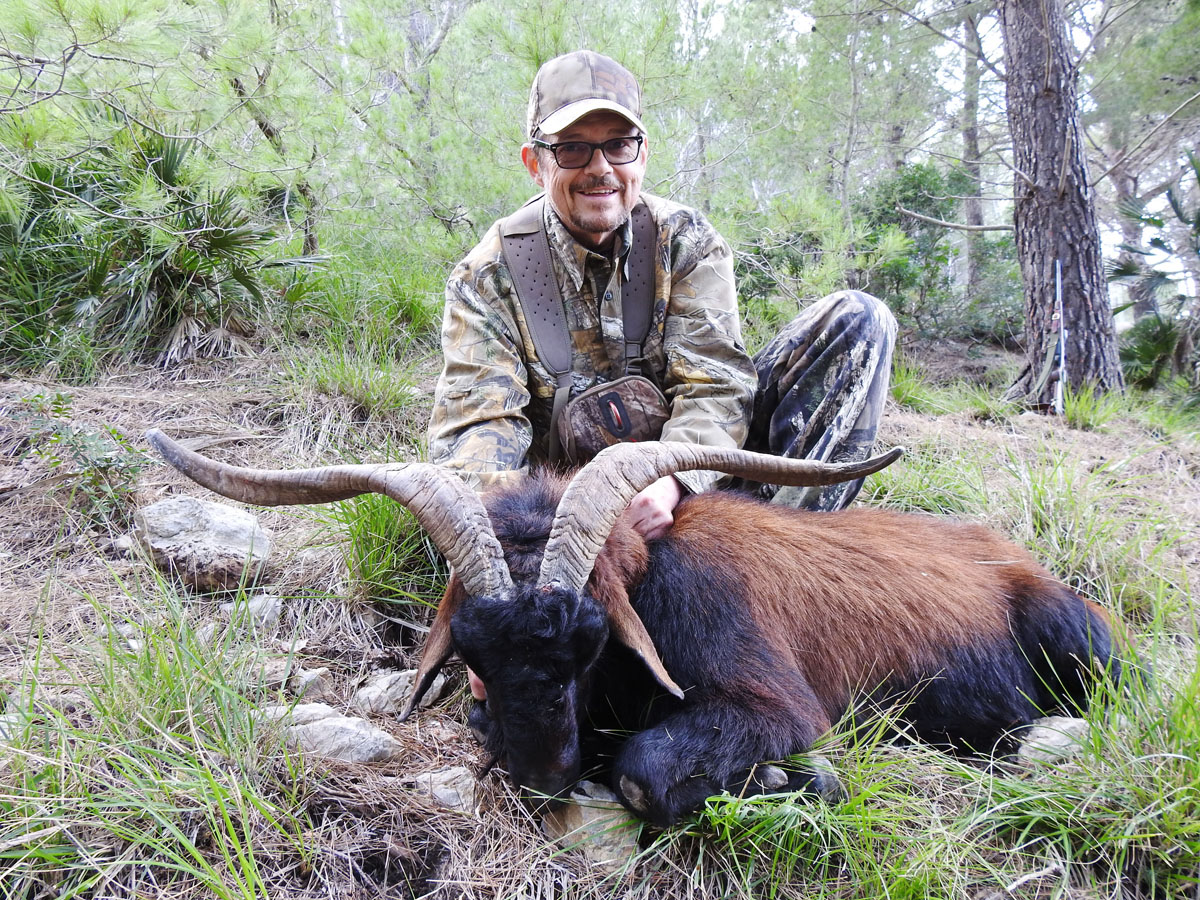 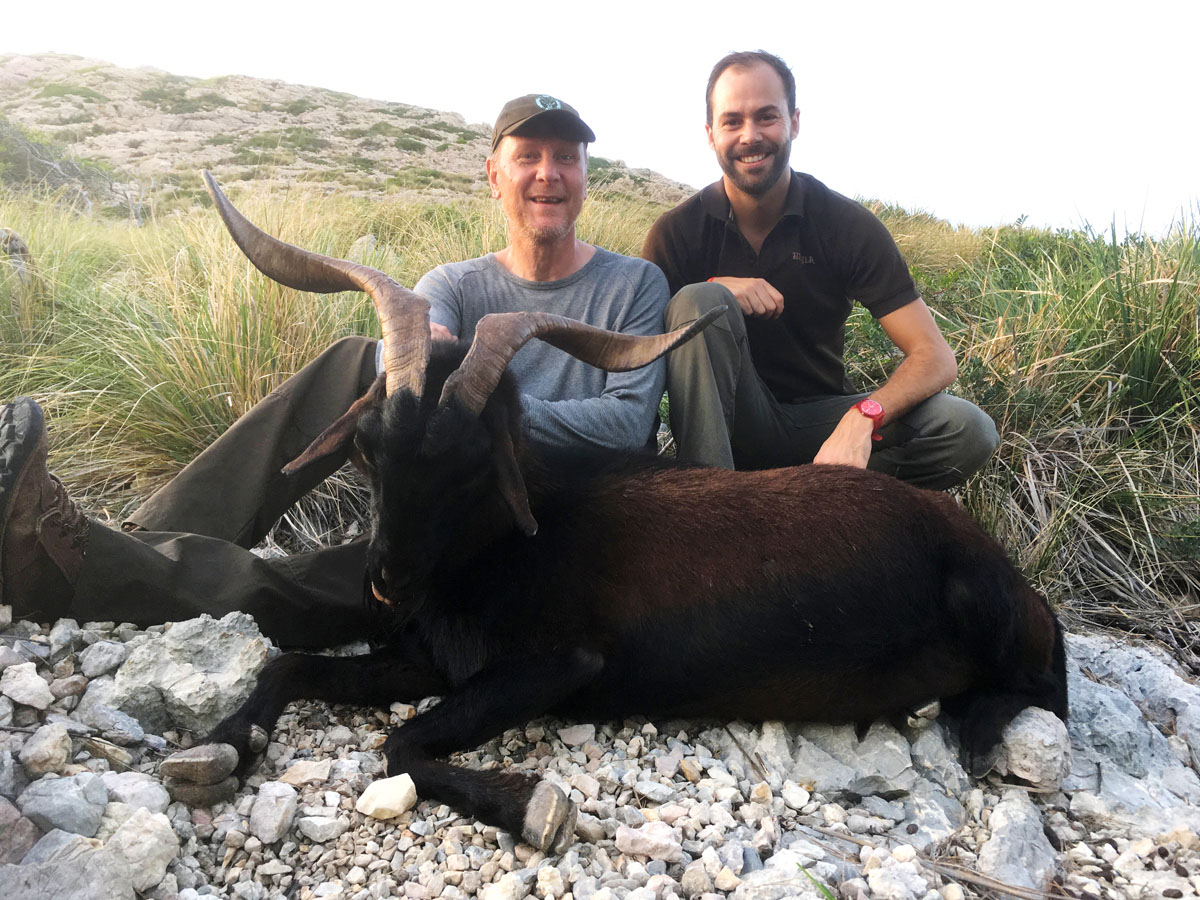 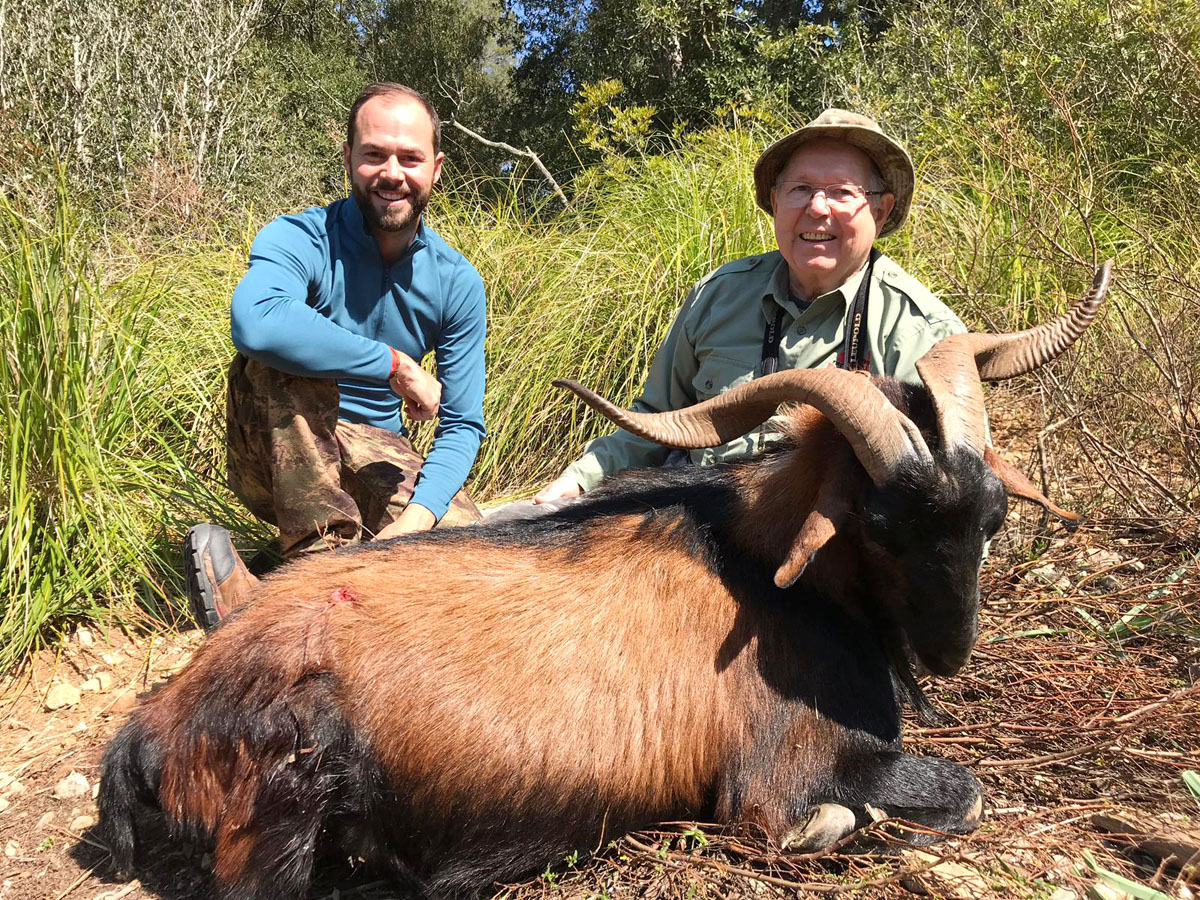 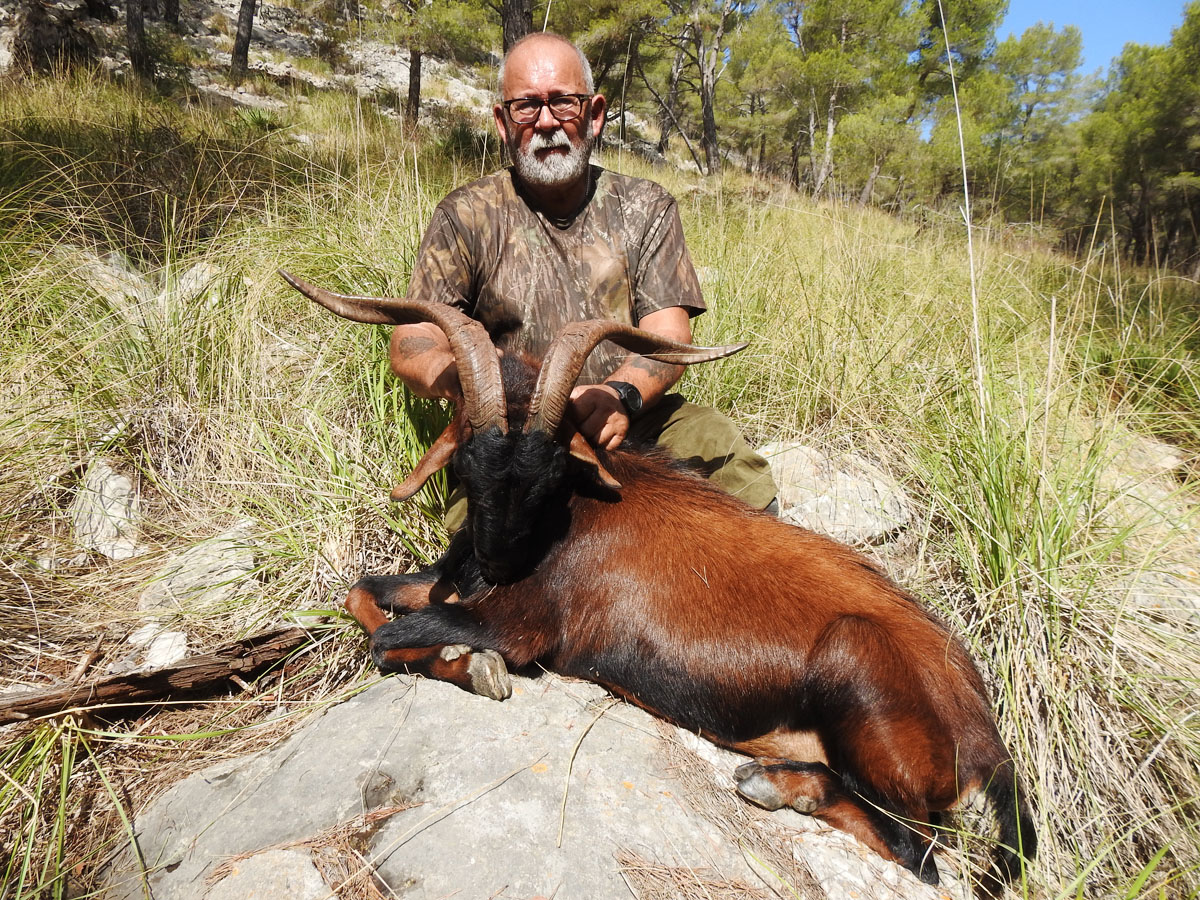